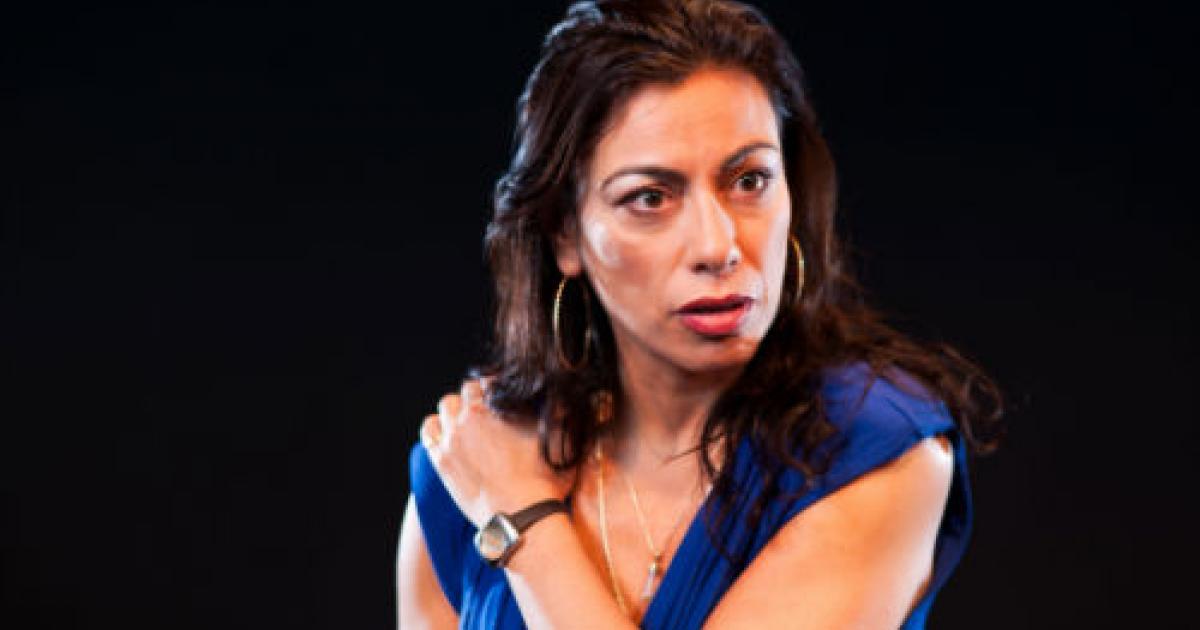 Vancouver, BC:  Carmen Aguirre is a true powerhouse of a performer. With minimal set or props, just her intense delivery softened by an engagingly sly smile as she zaps her audience with another provocative anecdote, she kept me riveted to her story. And what a tale she weaves!

Growing up in South  America, she immigrated to North America and in this monologue incidents from her life as a young revolutionary in Chile at the time of Pinochet are intertwined with her on-off affair with a young television celebrity in Hollywood and work on a sex-talk phone line in Vancouver. Interestingly there is little about her hugely successful career as a playwright, author and performer in North America.

Aguirre interacts with her audience, getting people up on the stage to mimic being stalked by informers in Chile, or to dance alongside her. At one stage in the 90 minute show, she invites the audience to stand up and dance salsa on stage or at their seats, and most people (more women than men)  responded to her urging  and actually stood up and moved to the music.

This is the first time I have seen Aguirre perform her autobiographic work. While I hugely admire her skill and magnetism as a actor, the sheer excess of profanity and crudity of her material is too over the top for my taste. The tone of this piece was set with her first words when she announces that the real title of this work is "Blue Cunt" and not "Blue Box.. The liberal use of this word, "fuck"  and similar expressions loses it's shock value and just becomes wearying after a while. I understand the desire to portray a gritty realism but Aguirre has such a powerful story to tell she shouldn't need the smut to convince us. 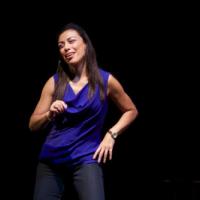