Vancouver Dance: The Value of Things 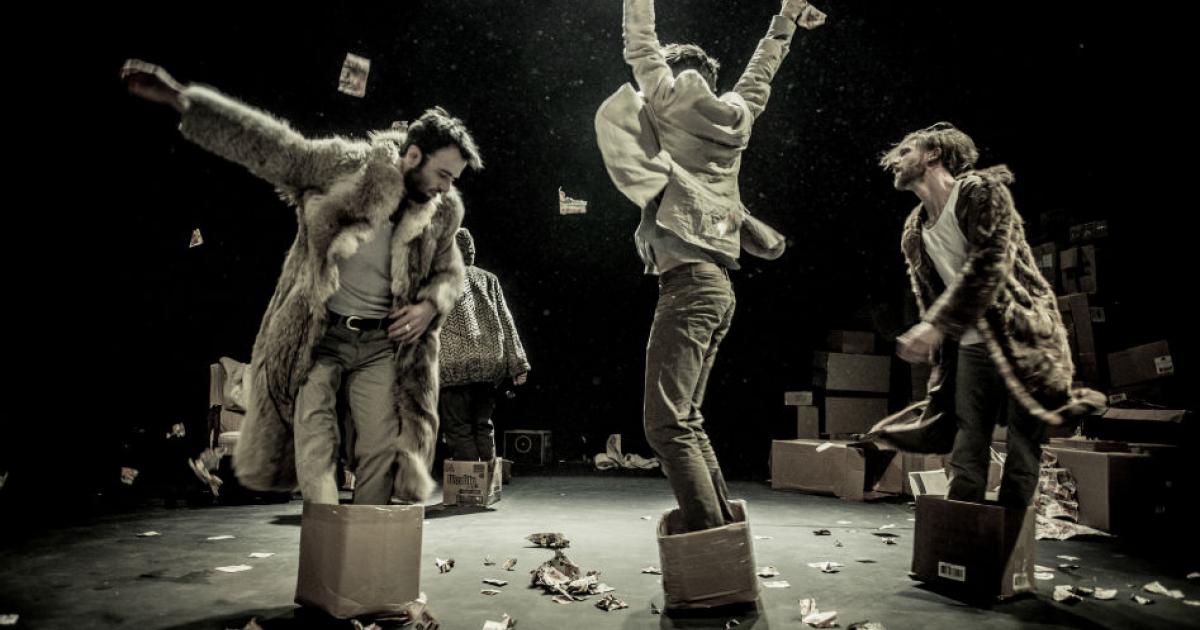 Vancouver Dance: The Value of Things

Vancouver, BC:  Ironically, sitting in the darkness of the Scotiabank Dance Centre black box performance space watching a metaphorical dance/theatre piece about choices and human values, my mind wandered to pondering the relationship between theatre and dance... and then to thinking about what exactly defines dance. The usual first dictionary definition of the verb "to dance" goes something like "to move rhythmically to music" but clearly since I have seen exquisite dance routines performed with no sound accompaniment, music is not an essential component for the action of dancing.  That left me with the words "move rhythmically".  Hmmm... A runner or a swimmer moves rhythmically but we don't call that dancing.    So what is that alchemy that can turn simple movement into dance?

For me it's when through movement, we tell a story. And that's what theatre is  - telling a story, painting a picture, creating a character.  So really all  dancing is theatre and sometimes the story being told is more interesting or more clearly manifested than other times. So is calling this dance/theatre an oxymoron?

Not really. When dancer Jacques Poulin-Denis was severely injured in a devastating car crash, losing his right leg below the knee, he had the courage and drive to look for other modalities such as the spoken word to enhance his story-telling through dance. Using text overlaid through parts of the piece, The Value of Things aims to make us question the choices we make in our daily life, and what goes in to the creation of many of the things we value. When the cost of minting a cent is 60% higher than the monetary value, the government stopped producing cents.  If we stop to consider the cost of the things we accumulate, would we so readily consume the goods and services that we seem to prize? and what of the value of our relationships to each other?

Lofty thoughts indeed but as a performance piece ... well except for the lively rap piece when the lights were brighter and all four performers were hopping around in the cardboard  boxes, my mind drifted as above. Like most of the components of this piece, the simulated sex scene by Gilles Poulin-Denis in bright red underpants went on far too long. I was happy I had moved from the second row to the back of the theatre.

For me the aspect I most enjoyed was Francis d'Octobre's music, both before and during the show. I didn't always grasp the intent behind some of the choreography particularly the arm movements and upper body isolations as Jacques Poulin-Denis was telling his stories but I specially appreciated the fluidity and beauty of James Gnam's movement. And I appreciated the opportunity to sharpen my observation and interpretive understanding of the metaphors underlying the dance. 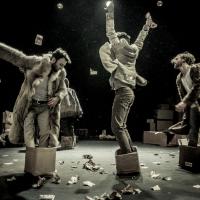 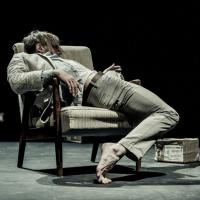