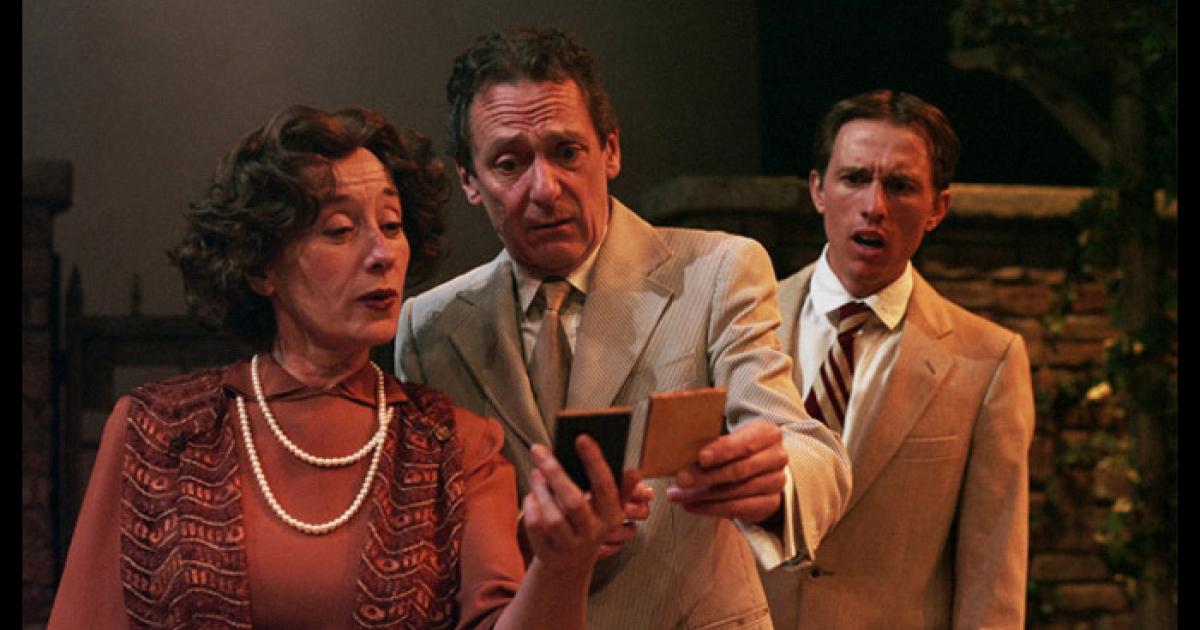 Jennifer Lines is Leonide, Princess of Sparta, who disguises herself as a young man, Phocion, to woo Agis (Daniel Arnold) from the clutches of his teacher, philosopher Hermocrates (Simon Webb). Accompanied by Corine, her servant disguised as the youth, Hermidas (Luisa Jojic), Phocion wreaks havoc on the emotions of Agis, Hermocrates and Leontyne, (Mari Stillin), Hermocrates's shy, withdrawn sister. Harlequin (Andrew McNee) and Dimas, the gardener (Lee Taylor) have their own agendas that complicate Phocion's machinations. The play takes place in the garden of the philosopher, Hermocrate's estate. Elegantly designed by Karyn McCallum, green flower beds become covered with spring flowers as love becomes the foremost thought in everyone's minds, except perhaps for Dimas, who has money on his mind.

I started out to write that in an evening of superb performances, Jennifer Lines was a stand-out. Loved her work. But then Marie Stillin's "deer-in-the-headlights"  Leontyne popped into my mind, then McNee's exuberant Harlequin, Jojic's spunky Hermidas, Webb's subtle evolution of Hermocrates from a man of mind, to a man touched by emotion, Arnold's perplexed Agis, and Taylor's opportunistic Dimas. I guess the mark of a true ensemble is that it is impossible to pick a favorite. But I think that second to Lines's performance I would have to say that Stillin's portrayal of Leontyne, her vulnerability and her growing hope of finding love, really touched me.

In fact I was surprised how the last scene got to me. In the "game of love" there are winners and losers, and sometimes when we have actually found love, we may lose it in the end and our loss is the greater for having loved. So I was pretty disenchanted with Phocion/Leonide at the end. But then as I was waxing eloquent about manipulative Leonide and her conniving ways, it was gently pointed out that through her actions the reserved hearts and closed minds of Hermocrates and Leontyne had been opened to love's touch, and now a hopeful future lay ahead of them if only they chose to pursue it. So I forgive Leonide and I guess love did triumph for everyone after all.