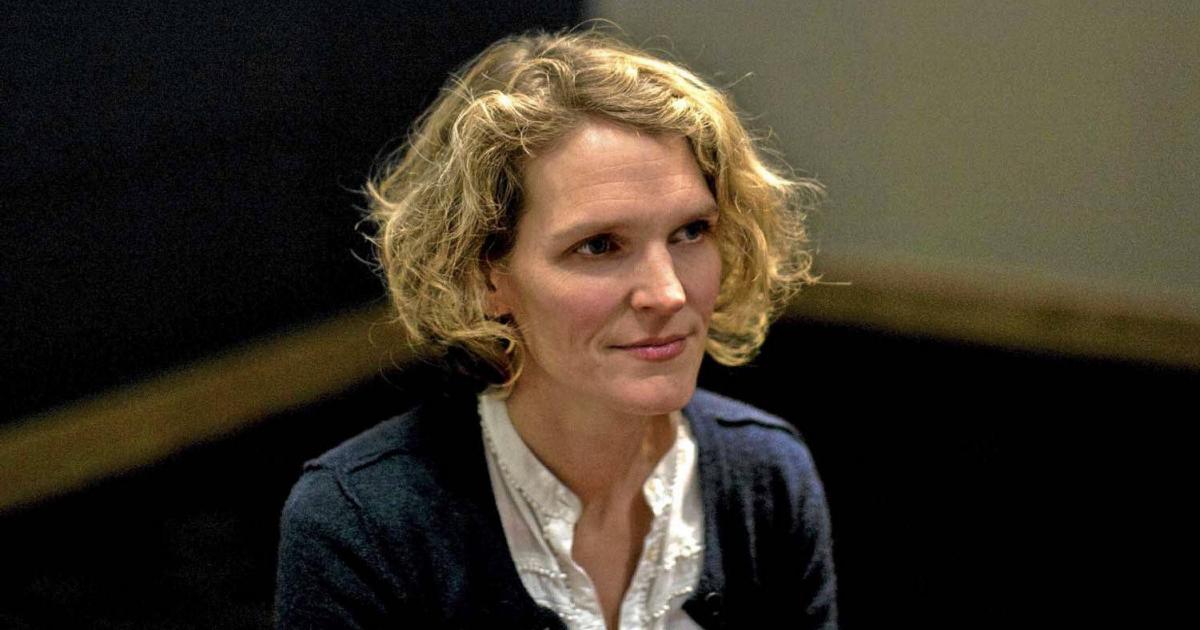 Vancouver, BC:  Under the able direction of Amiel Gladstone, with a luminous Megan Follows leading an accomplished cast of actors, Melissa James Gibson's  This sparkles with humour while touching on the internal angsts and troubled relationships of this group of thirty-something friends.

Jane (Megan Follows), published poet, teacher and mother, is raising her child alone, after the death of her husband a year earlier. She is visiting her friends Marrell (Karen Holness) and Tom (Todd Thomson), the exhausted parents of an infant who only "sleeps in 15 minute increments".

Alan (Dmitry Chepovetsky), the fourth member of the group who have been friends since college, is Jewish and gay with a self-deprecating warmth that makes him everyone's friend but as he plaintively points out, no one's "dear friend."

Invited to join the group  is Jean-Pierre, (Fabrice Grover) a physician who works for Doctors without Borders, and whom Marrell thinks will be a great date for Jane.

At the urging of Tom,  Jane is coerced into playing The Game. She leaves the room to allow the others to make up a story, which she is told she has to discover by posing yes, no or maybe questions to the rest of the group. But all is not as Jane initially believes and the "story" starts to veer uncomfortably close to hidden currents underlying the relationships among these friends.

Although the friends confront issues from adultery to death they do so with a superficiality that makes the play more light-hearted than a serious exploration into loss, loneliness or lust. These smart young urbanites use clever talk to mask their emotions. While this makes for lots of witty one-liners, it was the humour that lingered with me rather  than the issues.

Each of the cast give strong performances. Follows is quiet and reserved in her widowhood and Kristen Bond costumes her in grey, creams and browns in contrast to  the bright colours of Marrell. Karen Holness looks glamorous and is authentic  as a night club performer, playing and  singing original music by Peter Eldridge. Todd Thomson is an intense Tom, lusting after Jane yet not wanting to lose his family. Some of the best moments involve Chepovetsky's Alan, whose mnemonist memory gives him perfect recall of events and verbal interchanges from way back and Grover's very French Jean-Pierre, who finds the speech and behaviors of the others barely comprehensible.

Alison Green's set and lighting design by Adrian Muir contrasts  the brightly lit, detailed interior of Tom and Marrell's apartment, the  social hub of the group, with the grey exterior wall and doorway of Jane's home; like her work as a teacher, it suggests quiet and order, which is threatened by the intensity of Tom's desire.  The switch from interior to a short outdoor scene between Jane and Marrell on a park bench, is effectively evoked by lighting. The sound design is by the team of Alessandro Juliani and Meg Roe.

Melissa James Gibson is an ex- Vancouverite. When I first saw the billing of This as by a Vancouver playwright I was surprised that I had not heard of her. Then I discovered that she lives and works in the US where she is better known in the US as a American playwright. It is fitting that the  Canadian premiere of her play occurs in her home town.  Kudos to the Playhouse for bringing it here.

I found This entertaining throughout, and enjoyed the performance. It's worth a visit. 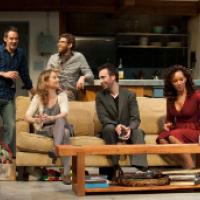 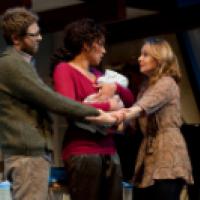 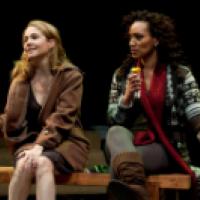