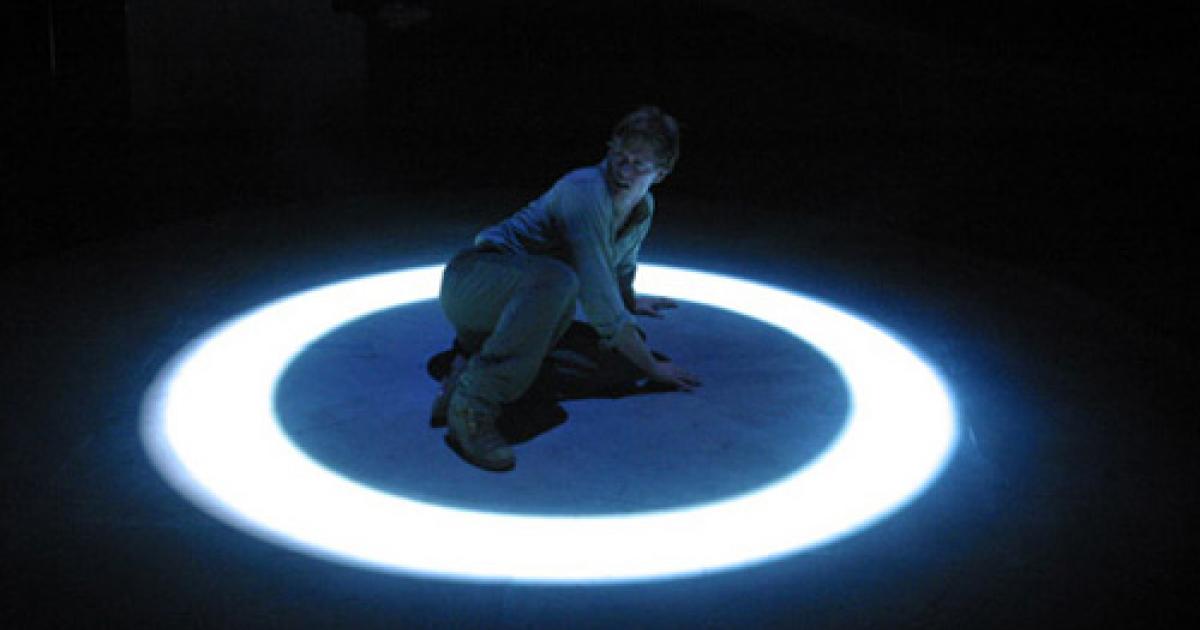 Henrik Ibsen's dramatic poem, "Peer Gynt", is one of those iconic works that almost everyone knows of, but very few have read. Sort of like Proust's "Remembrance of Things Past". In anticipation of Blackbird Theatre's production of Errol Durbach's "Peer Gynt" adaptation, and not having a copy of the adapted script, I took out several different translations of Ibsen's original play from UBC library to garner some insight into what it means to be Gyntish. Alas, the combination of a comfortable chair, the warm weekend sun on my patio and a week of long hours at work and at my computer, proved more powerful than Ibsen. Whether it was Ibsen's original writing or the words filtered through translation, none of the editions I looked at were exactly page-turners.

On Monday I returned the books to the library, little wiser about Peer's exploits. So thanks to Durbach for adapting this work to a two and a half hour stage play, making it palatable and thus accessible to those of us who can't read old Norwegian. By retaining the rhythm of Ibsen's lines through clever rhyming and by inserting barbed digs at our own politicians, he has created a work that can resonate with contemporary audiences.

Durbach opens his play with the Button Moulder who has come to collect Peer's soul which is to be melted down into a collective of souls who are neither good enough for heaven nor bad enough for hell. Peer would rather burn in hellfire than be merged into this vatfull of non-identity, and to this end he proceeds to recall his life to prove that he is worthy of the devil. By the device of having both a Young Peer and an Old Peer on stage simultaneously, Durbach points out that "one is a commentary on the other, and together they dramatize the process of shaping one's identity". In Act One we follow the antics of Young Peer as he betrays his mother's love, kidnaps then deserts a village bride, romps around with cowgirls, flirts briefly with idea of being crown prince to the troll king, and fathers a troll child with the Green Troll Woman. All this while, his pure blonde virginal Solveig, waits for him, appearing intermittently to sing her hauntingly sweet song. In Act Two, Young Peer is shown, through Old Peer's recollections of his "entrepreneurial" travels around the world, the type of person he will become.

By the way Solveig's song, Ibsen's words set to Edvard Grieg's haunting music, tells us that though the seasons and the years may pass, she knows that Peer will return to her, and that she will be waiting for him. I sort of wish she had the opportunity to hear Butterfly's poignant lament in Puccini's "Madame Butterfly" as she waits in vain for Pinkerton to come back to her. Or vice versa. When will these naive women smarten up? Or better not. Life without Puccini? Whose heart doesn't ache when listening to that aria?

The stark elements of Marti Wright's set, ramp, platforms, hut frame, freed my imagination to wander with Peer. Was he really dancing with trolls, frolicking with cowgirls or was he dreaming? Loved the giant masks. And the costumes. Great lighting too. John Webber's cone of light, confining Peer to listen to Boyg's directions, really appeared to have tangible boundaries. Wendy Stuart's music adaptation and performance, with percussionist, Martin Fisk and Judy Specht on accordion, enhanced the sense of other-worldliness or no-worldliness.

Donald Adams played the world weary Old Peer and Craig Erickson, the naive, thoughtless, Young Peer, to perfection. Nicole Brabner's Solveig, in virginal white, was the personification of the innocent ideal, and poor Ase (Rosie Fryer-Dryden) as Peer's mother, loved him and forgave him even after he cost her everything. Many of the cast played multiple roles. John Wright drew every comedic and suggestive nuance from them as trolls, cowgirls, French, British and German archetypes and other characters in many riotous scenes.

This is the third Blackbird Production, following "Mary Stuart" and "The Birthday Party", also at the Cultch. So far in my book they have not put a foot wrong. Can't wait to see "Hecuba." I already have my ticket.