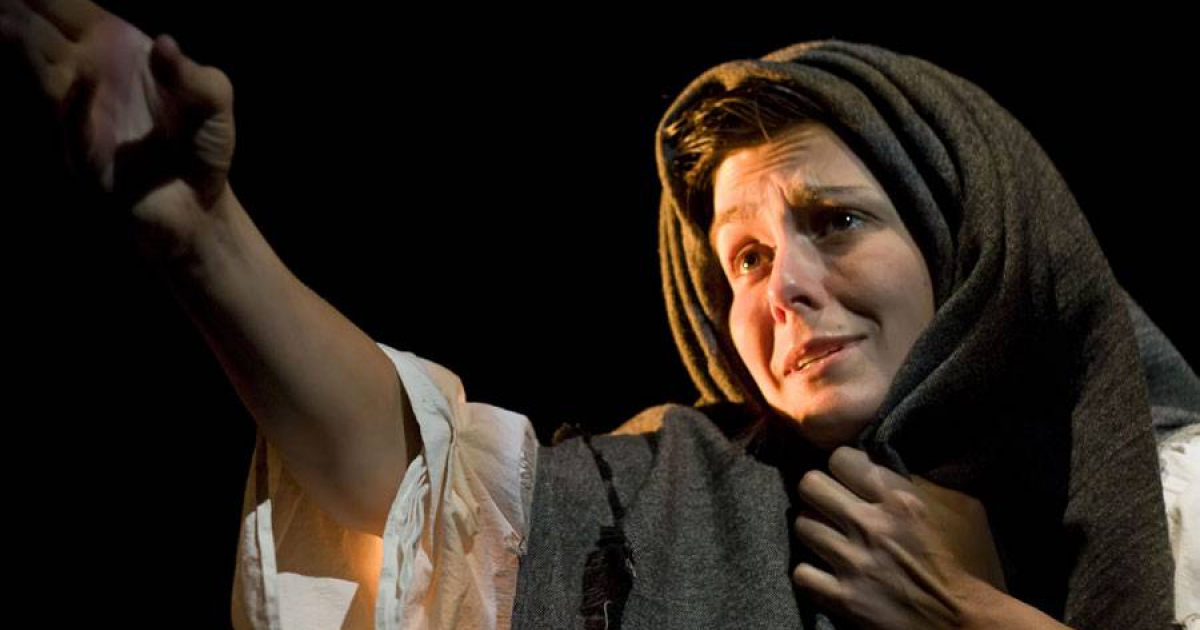 Vancouver, BC: It's a tad ironic that the theme of the first play in this production, Mexico City, could be stated as "reality  does  not  always match up to expectations," because this precisely sums up my reaction to this show.

I first heard of  young Canadian playwright, Hannah Moscovitch, when I saw her first full length play, East of Berlin a year ago at The Firehall. I was impressed by the "tightly written script" and commented "This is a powerful play. I don't think anyone in the audience moved a muscle throughout the performance. I didn't even hear a cough." East of Berlin  had an engrossing story to tell with strongly drawn characters whose narrative arcs felt real and were emotionally gripping. And I guess, unfairly,  I was expecting more of the same.

The program for this current production of Moscovitch's plays consists of two one-acts: first up is Mexico City, a 25 minute play featuring Henry (Conor Green) and Alice (Tessa Cameron), a young couple vacationing in Mexico City.

Mexico City is a satirical look at relationships and travel. In both situations there is a gap between what we imagine and what is.  Three years after their honeymoon in Europe Henry and Alice are looking to a holiday in Mexico to rekindle romance in their marriage.  Henry wants to experience the "real Mexico" although he is not quite sure what that is. Alice is determined not to miss any museums featuring the works of Frida Kahlo and Diego Rivera.  Both expect to find their own picture-postcard idea of Mexico. Reality is different.

Cameron displays a fine comedic talent  and Green is agreeably accommodating as Henry goes along with Alice's plans. In the end the visit does rekindle something though I am not sure that that's the image that the "real Mexico" would like one to have. The dialogue in this piece is snappy and the actors do an excellent job of keeping the action moving at a good pace. The problem is that the whole thing felt  like the product of an exercise in writing comedic dialogue. The "how" was well done but the "why" was not answered - at least for me.

After intermission we saw The Russian Play, a dark humorous Russian "love story". Colombe Demers captured wonderfully the resigned fatalism of the impoverished Sonya, caught between the well connected Kostya who wanted her to remain his mistress, and the poor grave-digger Piotr  whose love pulls her down into her own grave. The haunting touches of a violin (played by Tessa Cameron) integrated delicately into the mournful saga of Sonya's fate.

I came away feeling ambivalent and that is probably because of the dichotomy between my expectation and the actuality. The show is good entertainment. The plays are two very different works, both well acted by a uniformly strong cast, and offer  an intriguing insight into the developing voice of this young playwright.  I thought she had found a powerful voice in East of Berlin and I hope to hear more of it in the future.

As for this production, it is worth seeing. It is tightly directed with some excellent comedic acting - and both plays are about love- in its varied forms.