The Road to Canterbury 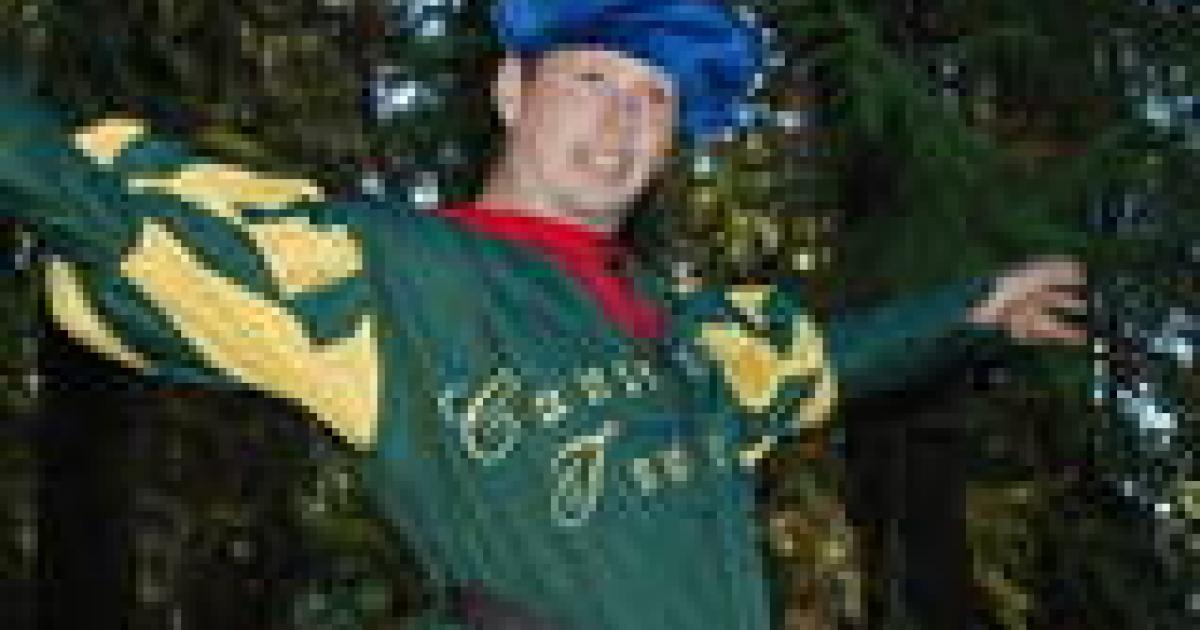 The Road to Canterbury

Vancouver, BC: Mercifully when I did my Survey Course in English Literature, I was only required to read three relatively short poems by Geoffrey Chaucer - Middle English does not make for an easy read - so I confess that what little I know about The Canterbury Tales comes from reading summaries in contemporary English, the lazy student's friends - Spark Notes and Cliff Notes. But ignorance of the original Chaucer material did not at all diminish my enjoyment of this romp through Queen Elizabeth Park. As author Sebastian Archibald points out in his playwright's notes, he has chosen to use Chaucer's techniques of satire and social commentary, to adapt - very loosely - five of the tales into somewhat more "modern" versions. So not to worry - Middle English is not required here.

Much as Chaucer conjured  up a group of strangers, joining together for a pilgrimage to the tomb of  the saint Thomas Becket (archbishop of  Canterbury who was assassinated in his cathedral for his defiance of the king)  so our tour guide Host (Peter Carlone) gathers up his group of travellers to take them on a walk through the Gardens. Partly escorted,  partly chivied along by a paranoid, tattooed, gun-toting Mercenary  (Jason Moldowan) we follow the host down the path to a spot where he draws tickets for a tale-telling contest. The five winners of the contest  are the Mercenary, the pot-smoking supercilious Bohemian (Amitai Mormorstein), the gin-swilling much married Dowager (Ella Simon), the demure, wide-eyed Teacher (Katie Takefman) and the snake-oil selling Preacher (Colby Wilson).

Peter Carlone does a fantastic job of holding the show together as we move from site to site. His high energy and enthusiasm are quite infectious, and he is excellent at ad-libbing along the way, taking advantage of unplanned encounters, such as a couple, sitting on a park bench, quietly enjoying the park. His description of the "poopy" park is especially funny, as one has to step gingerly in certain areas to avoid the generous if unwelcome donations left on the ground  by our  productive Canada Geese. In between his hosting bits, like each of the other characters,   he disappears for seemingly only seconds to appear in a new form to act out a role in a tale.  Kudos to the director, actors and crew for the amazingly quick costume changes that help to keep the production moving along at a cracking pace.

So to the Tales: Accompanied by parodies of popular music -  a riff on The Doors with "light my bible on fire" - and the Rocky theme among others, and by a range of sounds produced by composer musician, Masae Day, this energetic ensemble has a lot of fun.  The Knight's (Mercenary's) tale is adapted to the story of two  "corporate mice" (or should it be rats?), trying to escape from their office cubicles by winning the sexy Contract,  to run operations in the Iraq theatre of war. There is a bit of preaching  along the lines of   "war is business- business is war"  but the fight scene with weapons too heavy for either to hold is enertaining.

My favorite was the Miller's tale - here told by the Bohemian about himself as a crafty student given a room by a pious old carpeneter, whose much younger wife promptly cuckolds him with the student. Archhibald sets the story in the 60/70's drug culture with LSD spiked punch, music from The Doors and the nice touch of leaving the wife  4 months pregnant on a street corner. Shades of Haight-Ashbury - free love for all.  This vignette makes the most clever use of physical space using a corner barricade to imagine the rooms of a cottage.

Chaucer's Wife of Bath becomes the gin-swilling Dowager, who tells the story of an arrogant young movie star/ womanizer who, accused of sexual assault,  is ordered by the judge (interestingly played by musician Day) to find out what women really want.  Oh yeah!   An Old Woman, truly hideous in her first mask (by Carly Wolk) gets him to marry her . She undergoes plastic surgery, and interestingly then appears in another mask (see the photo ). I found the moral of this tale a little obscure - can't be loved if you are old and ugly ? - plastic surgery cures all?   Hmmmmm.

In the The Pardoner's (Preacher's) Tale there was some excellent ensemble work by the three drunk boys. And the  moral is?  The wages of deceit are death?  No honour among thieves? So actually in some ways not much has changed since Chaucer's time.

The story of  The Prioress (Teacher) was the  weakest. There was no  real prologue and the acted out aspect of the story was rather thin. Really why would a little Muslim boy carry a cellphone with a ringtone that sounds like a bomb?

However our Host, still full of energy,  ended the event on a high note. And we made our way  with lots to talk about, across the field to the path leading back to the Conservatory.

Costume designer Meredith Canby and her team,  props designer Kyle Sutherland, and stage manager Yvonne Yip also deserve applause for the appearance and smooth running of this open air production. This was my first encounter with Itsazoo Productions. I missed the Grimm Tales last year. But The Road to Canterbury is an enjoyable out-door experience and worth while venturing out for. They don't recommend bringing children under 10. 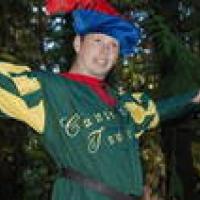 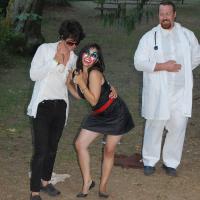