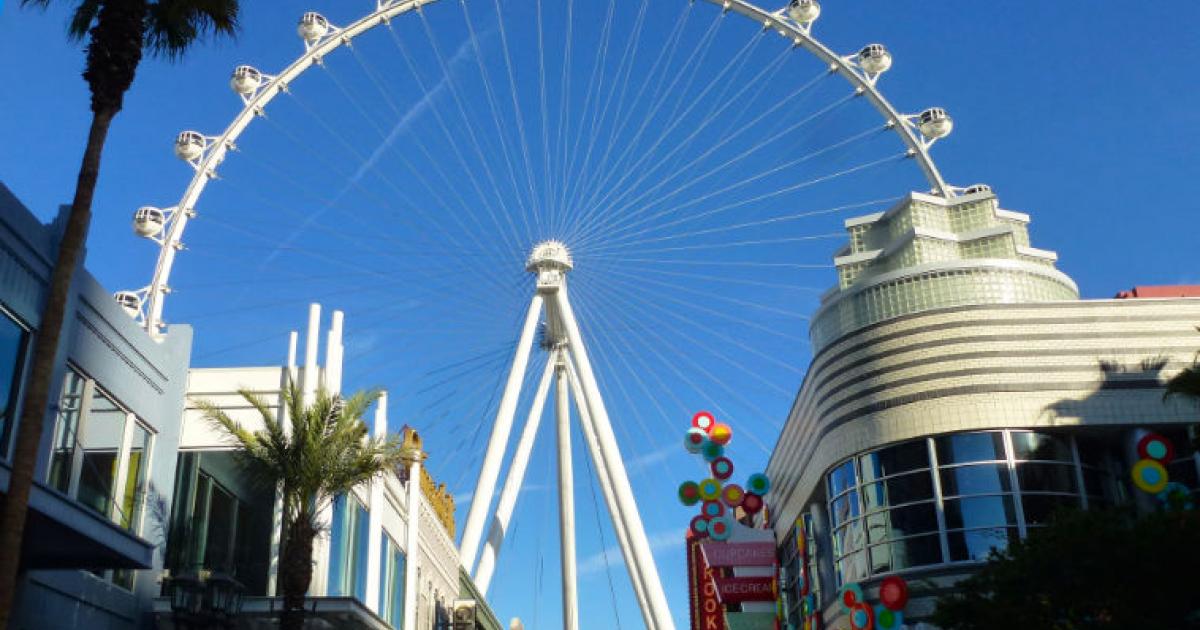 Right now, in November 2014, the High Roller giant Ferris wheel in Las Vegas, Nevada holds the record for being the highest in the world.

As two new visitors to Las Vegas to attend a FoodWriting Conference, we spent the day before the conference exploring the lavish and luxurious public spaces and lobbies of the huge hotels along The Strip. Distracted by the lavish displays and the incredible art in many of the hotels, we did not see half of what we had intended to do.

Seeking sun and fresh air we found ourselves strolling down The LINQ’s outdoor promenade, admiring the eye-catching  graffiti art. Only one signature was identifiable so I don't know who all the artists are but the work is certainly striking.

We were entranced by the arc of the High Roller soaring above the shops and restaurants lining the walkway and immediately decided to take a ride.

In the late afternoon it was not busy and we had only a short wait before we entered a cabin for the ride. The staff were well trained and very efficient. The clear cabin walls are kept clean by an energetic crew who leap in as the cabin doors open and wipe down all surfaces during the minute or so that it takes to transit the boarding station.

The tickets were about $25.00 ( at $ 35 they are higher at night) and worth every cent. The views are spectacular and it shows how the city sits in a basin surrounded by mountains. Even from a distance the colour contrasts are quite beautiful.

Five hundred and fifty feet at its highest point, the High Roller has 28 cabins each capable of holding 40 people. We had about 15 in the cabin with us and had clear sight lines in all directions. The wheel rotates 360 degrees in half hour, a good duration for the ride. You really feel you get your money’s worth and its not so long that one gets bored.

The London Eye or Millennium Wheel is a giant ferris Wheel on the South Bank of the Thames River built in 1999. At 443 feet tall it was the world’s largest wheel of its type, but the Star of Nanchang (520 feet, built in 2006 ) and the Singapore Flyer (541 feet, built in 2008) outstripped it.

The High Roller opened in March of this year, 2014. For the present the High Roller is the World’s highest Ferris Wheel though I wonder how long that record will hold.

If you have not taken a ride on the High Roller, do it. We both thought it a highlight of our visit.  Here is a collage of more birds' eye views of the Strip. 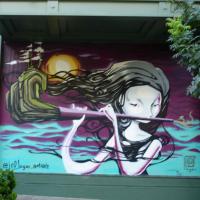 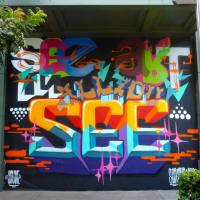 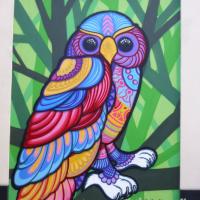 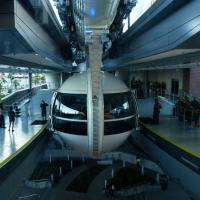 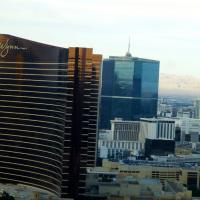 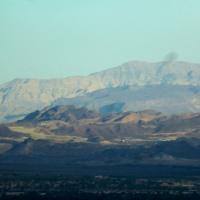 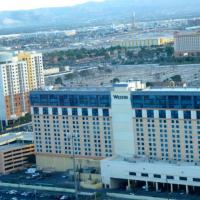 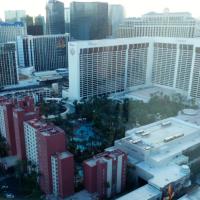 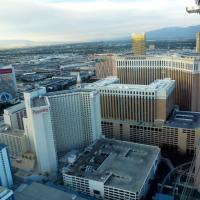