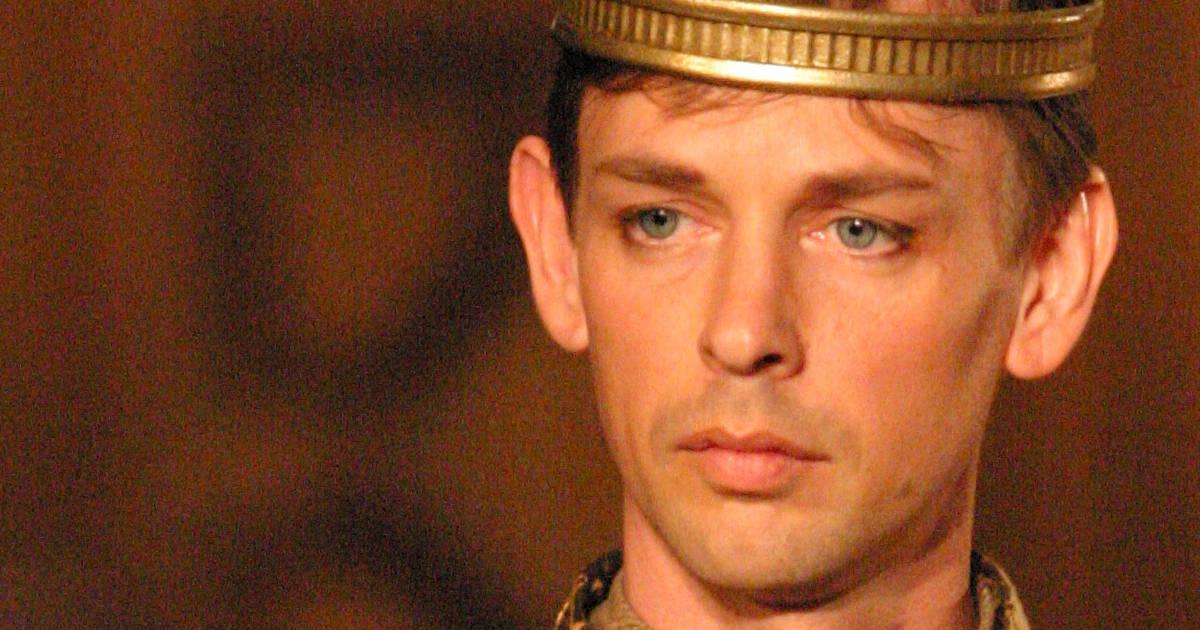 Richard II by William Shakespeare
Directed by Christopher Weddell
Studio Stage at Vanier Park
Bard on the Beach
till September 18, 2009

Vancouver, BC:
Vancouver's Bard on the Beach Company has undertaken as a "noble goal" to stage Shakespeare's entire dramatic canon by the 25th anniversary of the company, five years hence. As part of this ambitious objective, Bard will be presenting a cycle of Shakespeare's History Plays through the 2009 to 2011 seasons as discussed in my How They See It  Chat  with Bard Artistic Director, Christopher Gaze.This year's staging of Richard II starts this series of plays. While most people have some familiarity with the more frequently produced story of Shakespeare's  twisted, malevolent, murdering Richard III, I suspect that, like I until recently, they don't know too much about where Richard II fits into the whole English kings / Wars of the Roses saga.

Here is a bit of the pre-history.
King Edward III had five sons who survived to adulthood.  The oldest , Edward the Black Prince was the father of Richard. When the Black Prince died, Richard became the heir apparent and a year later, on the death of  Edward III, the 10 year old  Richard succeeded his grandfather as King of England. The country was governed by councils until Richard was old enough to rule. Two of Richard's uncles, John of Gaunt, a man of influence and power, and Edmund, Duke of York, and their sons also play important parts in Shakespeare's version of events. The murder of a third uncle, the Duke of Gloucester is the trigger that initiates the events in  Richrd II.

When the play begins King Richard II (Haig Sutherland) has a problem.  His cousin Henry Bolingbroke (John Murphy) has accused Sir Thomas Mowbray (Craig Erickson) of murdering Riichard's uncle the Duke of Gloucester. Rumour has it that Richard had secretly ordered the murder. The king decides that Bolingbroke and Gloucester may duel it out, but before the fight begins, Richard exiles Bolingbroke for ten years and banishes Mowbray for life. Bolingbroke leaves, and shortly thereafter his father, John of  Gaunt (Duncan Fraser), dies. The King needs money to suppress a rebellion in Ireland so he disinherits Bolingbroke, grabs the estate and takes off to Ireland, leaving his uncle, Duke of York (David Marr) in charge. Bolingbroke comes back to England to demand his inheritance be restored. The populace support Bolingbroke and not Richard. The king's pals, Sir John Bushy (Craig Erickson)  and Sir  Henry Green (Ashley O'Connell) wont defend him. Having screwed up royally, so to speak, in Ireland, Richard arrives back in England with no army and no support.  He cedes his crown to Bolingbroke who becomes King Henry IV.  Bolingbroke expresses concern about his son, Henry,  who is running wild in bad company - setting the storyline up for Henry IV parts 1 and 2. Richard goes to prison to reflect on his life and folly but is murdered there by Exton (Craig Erickson)..  The new king  is "horrified" when told of the murder, exiles Exton, and decides to make a pilgrimage to the Holy Land to atone.

This does not sound like the stuff of exciting drama but excellent performances in this well directed production kept my attention firmly on the story. Sutherland was well cast as Richard, conveying a sense of an intelligent and cultured man, whose physical slightness and  fragility contrasted with the arrogance of his attitude of royal entitlement and his lack of conscience in stealing from his cousin. I could not see him leading men ino battle, but rather holding court  surrounded by musicians and poets; a lover not a fighter - as the scene of his parting from his Queen, Isabel (Celine Stubel) showed. In contrast Murphy's Bolingbroke was a more of a soldier king. Duncan Fraser was convincingly frail as the powerful John of Gaunt, weakened by age. Playing three roles, Erickson gets banished twice from England and executed.Not a happy play for him! Lois Anderson and Patti Allan shine in cameo roles as the gardeners who unwittingly reveal Richard's fate to the queen and as the Duchess of York Anderson, together with Marr adds a moment of humour as they argue about the fate of their son Aumerle (Gaelan Beatty). Rounding out the cast are Allan Morgan as the Bishop of Carlisle, Jan Wood as Duchess of Gloucester , Scott Bellis as Duke of Northumberland and Kayvon Khoshkam as Harry Percy.

This is the fourth play of the Bard season and it rounds out the program well.  I enjoyed both the comedies. The Comedy of Errors on the Main stage is a crazy over-the-top production of the identical twin mix-up variety of comedy, and All's Well that Ends Well on the studio stage, is also about the travails of young love with an outstanding performance by Lois Anderson as Helena.  It is difficult for any drama to compete with the compelling story of Othello, this year's excellent mainstage tragedy, but  Richard II holds its own. It is well worth seeing, especially since it is not one of the more frequently performed plays so take the opportunity to catch it here. 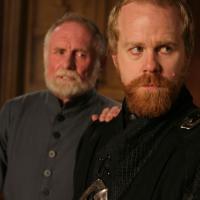 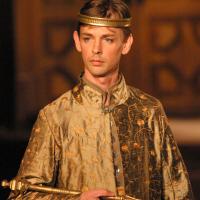