[Re]View From The House: True Believers

[Re]View From The House: True Believers

Who needs Halloween candy when Solo Collective's local playwrights serve us up such a treat of  three diverse and thought-provoking monologues? On a cold, drizzly evening when most  of the Lower Mainland's female population were streaming into BC Place to watch the world's hottest and fittest 50 year old perform, Todd Thomson, high on acid (My Acid Trip by Dennis Foon, directed by Chamyar Chai) and Jennifer Clement, burning with pseudo-religious fervour (Hope and Caritas by Ian Weir, directed by Rachel Ditor) heated up the Waterfront stage with steaming performances.

First up was Todd Thomson morphing effortlessly between his character as a  famished 8 year old  who has fasted on Yom Kippur for the first time, to the guilt-ridden young Jewish adult he has become. Looming over the dinner table is a family portrait; of relatives slaughtered in Russia by Cossacks and those rescued by great-uncle Moishe, the family hero who everyone lauds but no one will talk about. Playing multiple characters with a frenzied energy that made me think of a Daniel MacIvor on speed - or I should say,  on LSD, Thomson was riveting.

After a short intermission the next monologue was The Voice, written by Lorena Gale and directed by John Cooper. Mercedes Baines plays, with sensitivity,  a middle-aged woman, who finds herself at the bus-stop at Victoria and Marine  Drive with a choice, the number 20 bus or the 100 to the airport.  I got the "end-of-the-line" bit, but clueless about bus-routes  (I walk, cycle or drive) and lulled by  silences and the conversational tone, it took me a while to figure out what was going on; what was she doing there? who was she talking to? where was this going? But once I figured it out  I felt little emotional connection to the character or her situation. On the other hand, and this is one of the thngs I love about theatre, my companion liked the piece a lot, and an interesting discussion about  the futility of travelling to "find yourself", took up most of the next intermission.

The evening ended on a high note as Jennifer Clement was marvellous as an aging but still vivacious soap star whose alter-ego, Hope,  has been killed off for the third time, this time permanently.  Brandishing a petition for Hope's resuscitation on the show,  suppressing a terrible secret - she delivers an address to members of the Coalition for Moral America,  slipping in and out of her TV persona. I don't watch soaps - who has the time? but I confess an addiction to Dancing with the Stars. So imagine an elegantly dressed Susan Lucci playing Sarah Palin as a TV evangelist, and you get the picture.

Over time I have developed my unique personal rating system for live performances- no stars or grades. I just use the "wow" factor.  So when I stand up to leave the theatre if my first response is  "wow", I know for me the show is a winner.
Both Thomson and Clements elicited "wows". 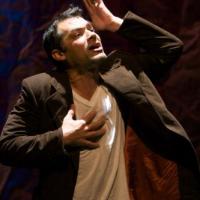 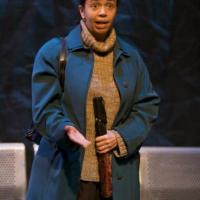 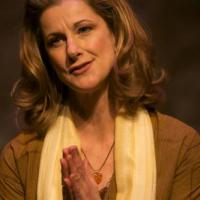