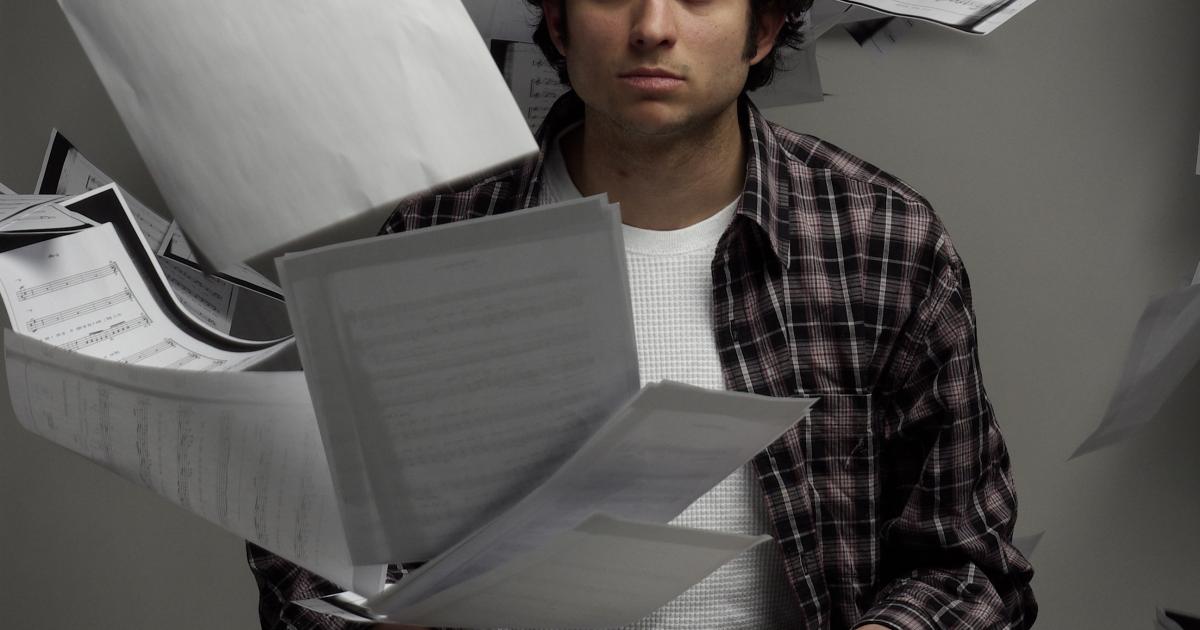 Vancouver, BC: It is 1990 and Jon (Brandyn Eddy) is a promising young composer living in Manhattan. Jon is about to turn thirty and he is agonizing about his career in music and theatre, and fretting that  he is over the hill. This premise for the show would ordinarily be a trifle irritating to me. I left 30 behind some years ago (alright, many years ago) yet I still feel that I am on the way up  to the summit of a career hill.  Albeit a different hill from the one I was climbing at 30. No existential angst is allowed in my mind. To safeguard  myself  against the upcoming angst, I booked for dinner at DB Bistro Moderne on Broadway: Our Broadway of course!

But there is a special poignancy to watching the angst of the young composer in this particular rock musical. It was developed out of  Larson's original "rock monologue" (a genre he is credited with inventing),  first titled "30/90" and later renamed "tick, tick...boom".  It is clearly autobiographical, at least the career aspects  - Larson was a promising young composer who lived in Manhattan, composed a musical called SUPERBIA that was workshopped but not staged as a full production.

Also part of the crises with which Jon is confronted,  (in the musical at least) are his girlfriend Susan (Ashley Siddals) who wants to leave New York for a quiet lifestyle in Cape Cod, and Mike (Jeremy Lowe), his best friend since childhood,  who gave up hopes of a theatre career to become a market research executive. Mike now drives a Beemer,  has moved into a swanky apartment  and seems to "have it all" as far as lifestyle goes. Ultimately Jon has to decide whether a quiet life with his girl friend, corporate cash  or composing is most important to him.

In real life Jonathan Larson pursued his dream of composing  the great rock musical.  He was poised to see his  show, Rent , open off-Broadway in 1996 but he died tragically of an undiagnosed ruptured aortic aneurysm the night that  Rent  was to open.  That sadly would have made the ultimate dramatic ending to tick..tick..BOOM but fortunately the young composer could not see into his own future and instead the work ends on a note of determination and hope.

Brandyn Eddy's  voice is pleasant to listen to and he  brought energy and emotion to his portrayal of Jon.  Lowe and Siddals played several other roles each as well as their primary parts of Mike and Susan.  Siddal was very funny as the self-important  leader of  a brain-storming session at Michael's firm to which Jon was invited for his creative abilities.  She also played Jon's agent Rose, with the perfect touch of ultra-sincere insincerity

The band consists of pianists, Melissa Braun and Sarah Jaysmith, Graham Clarke on bass and Nicholas Fontaine on drums.  On the night I attended Steven Greenfield replaced Jaysmith on piano.  I realize that this is defined as a rock musical but I just wish the songs had a little more melody. I really liked several of the numbers - the telephone back-and-forth between Jon and Susan, and Mooney's direction of  the ensemble work in Sunday and Sugar - but I wished for just one tune that would leave me humming.

tick...tick...BOOM! runs tonight, and then Mon to Wed next week. It's interesting to see this work, a forerunner of Larson's Rent.  Fighting Chance Productions are planning to stage Rent later this year at Presentation House so you wil get an opportunity to compare the work. 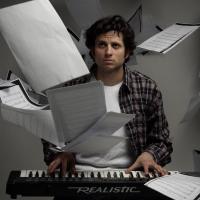 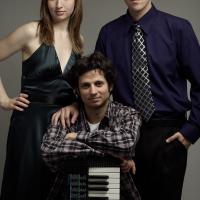