[Re]View From The House: By Some Divine Mistake 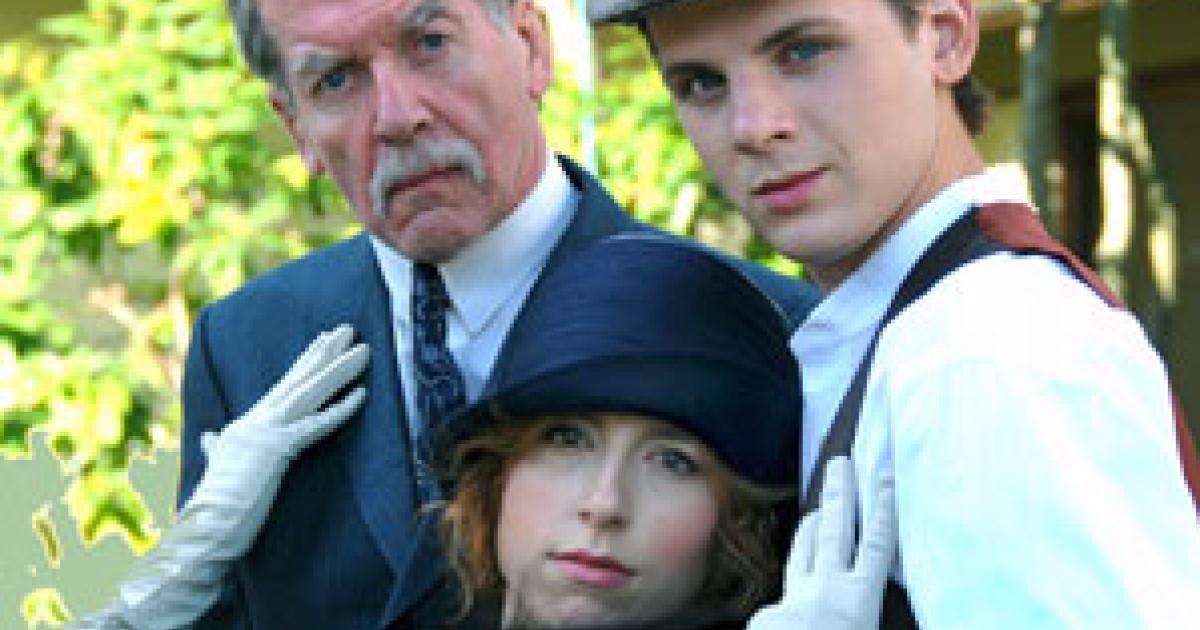 [Re]View From The House: By Some Divine Mistake

Vancouver, BC:    As the subject for her new play, Vancouver writer and  director, Joan Bryans has chosen to focus on a  femme fatale with an early 20th century  British Columbia connection.  The story  certainly offers great potential for a play, as indeed Terence Rattigan found,  in 1977 writing his final play, Cause Celebre, about the Rattenbury murder trial.

Alma Pakenham Rattenbury married Francis Rattenbury, designer, among other buildings, of  Victoria's B.C. Legislature and the venerable Empress hotel. Although his first marriage was wrecked long before  he met Alma, the divorce and the thirty year difference in their ages was a great source for gossip. After their marriage they moved to Bournemouth.  Alma began an affair with George Stoner, a 17 year old boy hired as handyman and chauffeur. When Rattenbury was murdered, Alma and Stoner were tried for the murder. Stoner was found guilty.

Bryans picks the story up from the first meeting of Alma (Vanessa Parent) with Rattenbury (Paul Toolan) in the Empress Hotel, in Victoria.  There is a delightful little scene where  a group of  "friends" watch Alma dancing with the instantly-infatuated Rattenbury and cluck away like a crowd of gossipy hens. The action then moves to the Rattenbury home Bournemouth where we see the aging Rattenbury becoming increasingly irascible and uninterested in Alma.  Her career as a song writer flourishes but she becomes increasingly frustrated with her husband, relying initially for company on Irene (Kerry Constable), her maid. Enter a young virile Stoner (Kevin Kraussler) and the outcome was sort of inevitable.

The story is narrated partly through the use of Questioner / Accusers, played by Dick Pugh, Hamish Cameron  and Laureen E. Smith,  in tony British accents,  foreshadowing the actual trial. They also play several other roles. Other cast members also playing multiple roles include Beth Coleman and Albano Carreiro, with voiceovers by John Harris, Derek Carr and Connor Wilkinson.

Obviously someone writing today about these events can only speculate about the reality but I did not feel that the play offered much insight into the characters of  Alma or George.  What attracted Alma to the boy? Was it purely sexual? What was the power relationship between the two?  What  could have possibly prompted the murder? Who really struck the fatal blow? Who incited it?  As well, in the attempt to convey information, I feel that the need to sustain suspense was lost. There was little build up of tension so that the final dramatic scene had minimal impact.

I wonder whether the play would benefit from an outside director who is less invested in the script than the writer would naturally be. A fresh eye might provide a dramaturgical perspective that would tighten up the script. I remember an editor telling me that the most important lines to consider cutting are usually your absolute favorite words - that breathtaking prose that looks poetic on the page but does little to move the story forward.