Review From The House: Life Savers 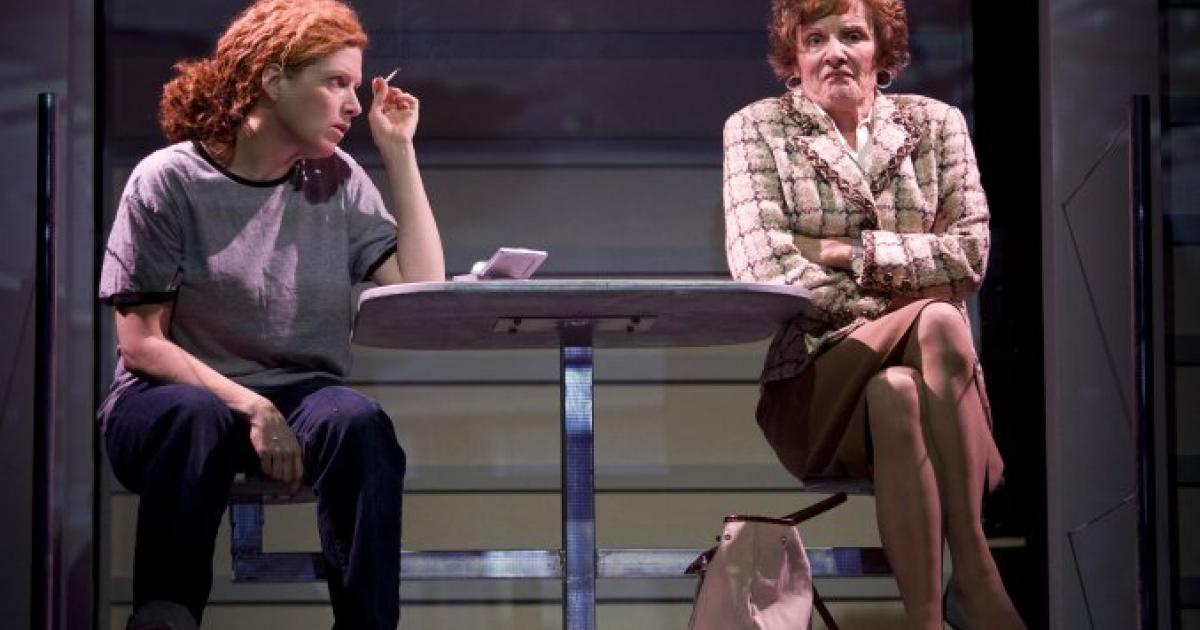 Review From The House: Life Savers

Vancouver, BC:  When I first started writing for Immediatetheatre.com. more than three years ago - yes, time does fly when you're having fun ! - one of the first plays I reviewed was the Ruby Slippers production of  The Leisure Society  by Francois Archambault. At the time I commented that I could listen to the timbre of Colleen Wheeler's voice for ages. And fortunately I still can, because in her role of France, the "bad" daughter of solid, conventionable couple, Robert (Kevin McNulty) and Raymonde (Patti Allan) her powerful presence dominates this play, Life Savers.

Unlike her sister Brigitte (Naomi Wright) who is ultra-virtuous and uptight , the manic-depressive chain-smoking France has always been the "bad seed" of  the family. The   play opens in 1999. France is in Tanguay Prison, having at the urging of her father, pleaded guilty to murdering her friend, although she has no memory of committing the murder. Brigitte has come to visit her, and we get the first inkling of how the members of this respectable, conventional family are coping with (or not!) the fact that France has committed this awful act.  Think denial, denial,denial as they blithely discuss their trips to Florida, golf and how well the children of Brigitte and Jacques (Mike Wasko) are doing while ignoring France's needs and hunger to be accepted as part of the family.  Lisette, the nutty aunt is played by Deborah Williams and Wendy Morrow Donaldson plays France's beloved granny, Lucienne. Maria Oldeen is suitably stern and expressionless as the prison guard/escort.

There is something strange and sad yet totally compelling about this play. Upstage  David Roberts' set of box-like structues on two levels, evokes the tiers of a prison.  The centre of the upper tier opens to reveal a small  room where France receives her visitors. Itai Erdal lights the cells in stark primary colours that contrast with the everyday lighting of the family living room on the stage below.  The eerie mechanical sounds of  the soundscape by Allessandro Juliani and Meg Roe adds to the sense of dissociation and alienation between France and the rest of her family.

From her very first words and gestures Wheeler conveys the desperation and isolation that France feels, craving acceptance when she lacks the ability to accept herself.  At first it seems that she is the only crazy person in the family but as time shifts through 2000 to 2001 when France is due to be released from prison, we realize how self-absorbed and out of touch with reality the rest of the family is. Their discussion about 9/11 was quite chilling and Kevin McNulty's casual indifference to the plight of the World Trade Tower victims was quite over the top. Could anyone be quite as callous as they seemed? I wish I could say that the play ended on a note of hope for France. But Boucher doesn't fall into the trap of discounting reality. Alas Lifesavers are all that France is likely to get from her parents.

The play runs 80 minutes without intermission. It's engrossing and worth a visit.  Another interesting production from Diane Brown and her team. 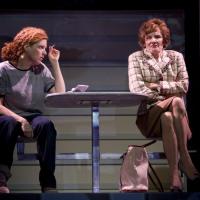 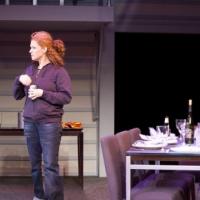