Review From The House: The Invisible 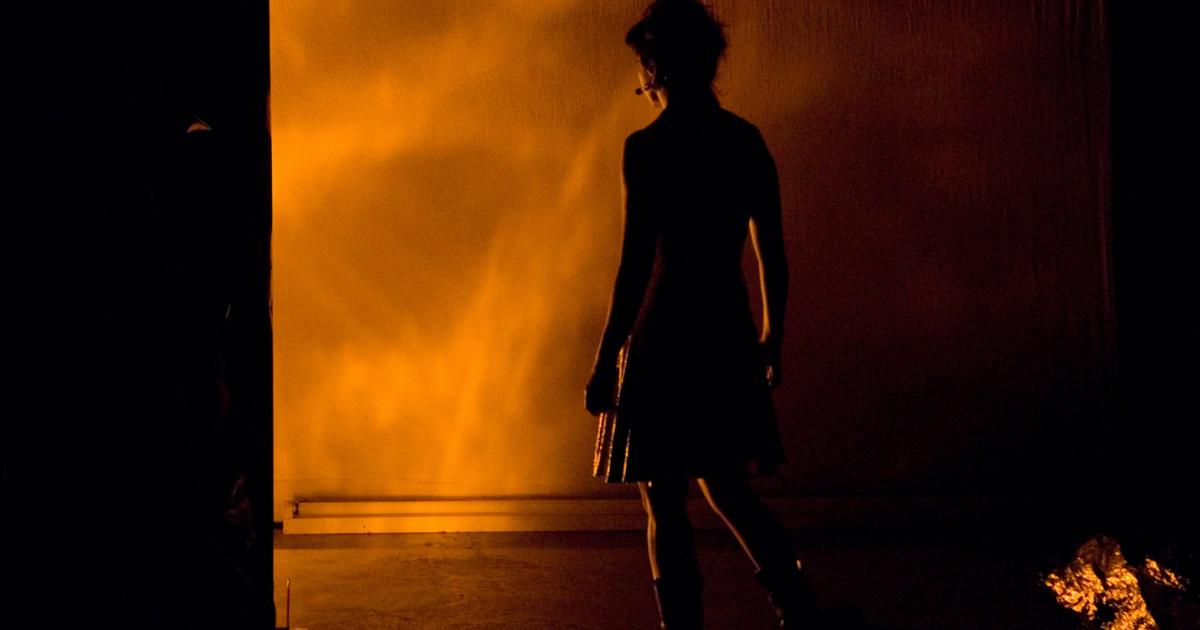 Review From The House: The Invisible

The Invisible
Created and performed by Marie Brassard
with Alexander MacSween and Mikko Hynninen
Frederic Wood Theatre at UBC
Infrarouge and the Push Festival
Feb 3rd to 7th, 2009  - shows at 7:30 pm

Photo: Marie Brassard in The Invisible

Vancouver, BC: The thing about experimental theatre is that it it is experimental - and like any experiment sometimes it works and sometimes it doesn't. For me this one really didn't. I saw Marie Brassard's solo show, Jimmy,  several years ago and became an instant admirer of her work so I guess I expected to be similarly impressed. Unfortunately the brightness of the lights that were so integral to this piece, was so intense that I was either squinting or keeping my eyes closed for much of the time. So much so that when the lights went up my eyes felt as dry and sticky  as they do at the end of an overnight  plane trip when I watch back-to-back movies because I don't sleep on a plane. (Someone has to stay awake to make sure the darn thing is still up in the air, right?)

Perhaps the ephemeral nature of the underlying narrative contributed to my reaction. Inspired by the story of a writer, JT LeRoy, who turned out not to exist but was created from someone's imagination, and somehow relating this to the ectoplasm that mediums claim to generate when in contact with ghosts, Brassard sets out to explore the world between the living and the dead using voice, sound and light - and at one time billowing clouds of stage fog.

Brassard starts and ends the show, twisting and manipulating a mylar sheet  in semi-darkness, to give the effect of a ghostly emanation. Brassard's voice with its light French accent  also comes to us through a microphone and as she speaks softly yet directly to her audience, it generates an almost hypnotic effect. The white lights - round , rectangular, slitted -  move verticaly, horizontally, diagonally - and as each light is miked, we hear the strange and unusual sounds of their movement.  At one stage as Brassard lies on the floor,  a lamp with muticoloured panels revolves slowly beside her, spraying streaks of colour.  Watching the slow revolution through half closed eyes I swear I almost fell into a trance.  As a rational and practical individual, certainly not a believer in ghosts, ectoplasm and extra-terrestial little green men,  I have never thought of myself as susceptible to hypnosis, but the effect of this sound and light on me, made me determined to stay away from any stage hypnotists that may come to Vancouver in the future.

So I admired the way in which  this performance was both intimate and dissociating at the same time. The lighting effects, accompanied by the oddly haunting sounds, were captivating,- when I could watch with my eyes fully open. But I could not engage with the tragic story of the fictional boy-girl at all. Different? Yes.  Entertaining? Moderately so. Did it raise any discussion points or generate ideas for further exploration? Not for me, really. But as an experiment in creating art by making manifest things we cannot usually perceive - the sound of a moving light, for example,it's worth a visit.