Review From The House: Holy Mo 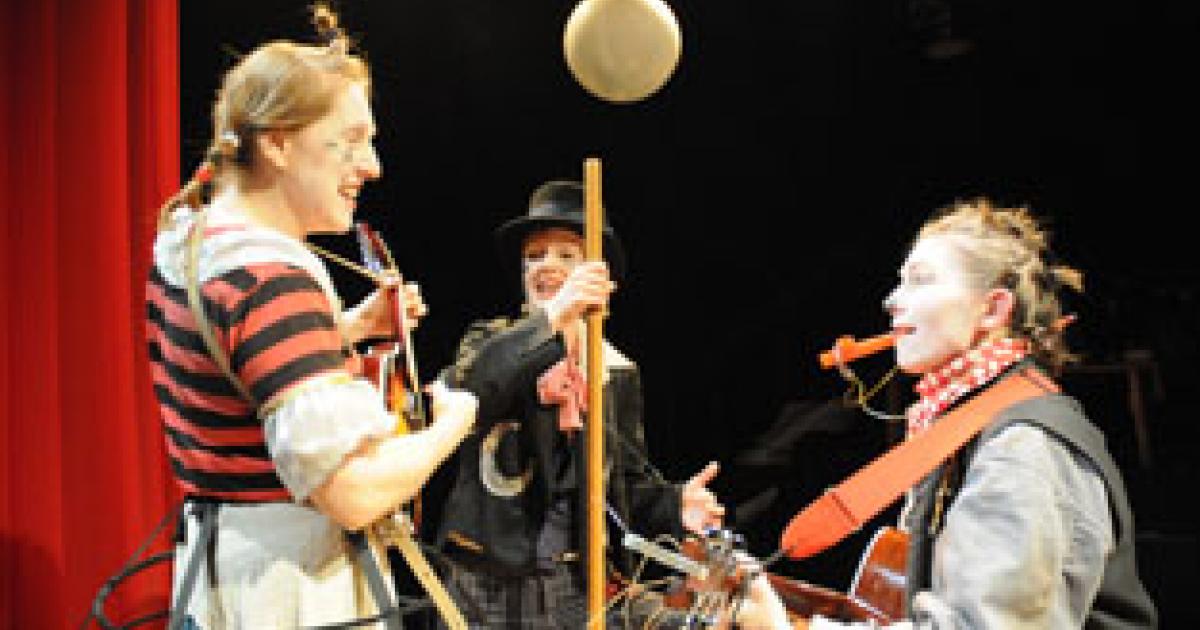 Review From The House: Holy Mo

Vancouver, BC:  It's been a busy week and I was hoping to "laugh myself silly" at this irreverent look at the life of Moses -  who rises from "foundling in the bullrushes" to Egyptian prince, and from exile to leader of the escape of the Hebrew slaves from Eqypt. Much of the opening night audience had a rip-roaring time and did indeed laugh themselves silly.  I can see how this would have been a great Fringe show when it was first performed a decade ago, and clearly many in the audience still think it great fun, so the fault, dear Brutus, must be with me.  I have  always preferred the acrobatic and technically skilled aspects of circus performances to clowning and I enjoy clever wit and satire more than "wonderfully silly" slapstick or farce. So for me  Holy Mo was mildly entertaining rather than "laugh out loud hilarious."

This is not to fault the three actors;  Erla-Faye Forsyth as Bufoona, Julia Mackey as Guff and Katharine Venour as Follie. Forsyth is a talented comedienne and Venour is convincingly dominating as she plays various powerful characters. The voices of all three blend together harmoniously in several numbers. But quite often I found that spoken lines were not fully audible.

Part of the difficulty may be with how parts of the set are used.  Kevin McAllister' s design included a large circular map on the floor with a raised platform off to one side.  A red curtain moved on a circular track to serve as various artifacts; stage curtain, burning bush and a place where "Yamma" hung out.  Quite often the blocking of the curtain movement hid a view of the action or muffled some of the words. So maybe I just missed  the clever bits.

For those that  like their theatre light hearted and revel in buffoonery and clowning, this show will present those stories you drowsed over in Sunday school in a much more entertaining light. Whether you roar with laughter or chuckle occasionally,  you certainly won't drowse. 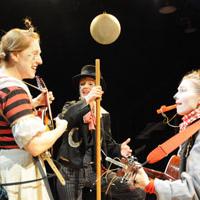