Review From The House: Carmen 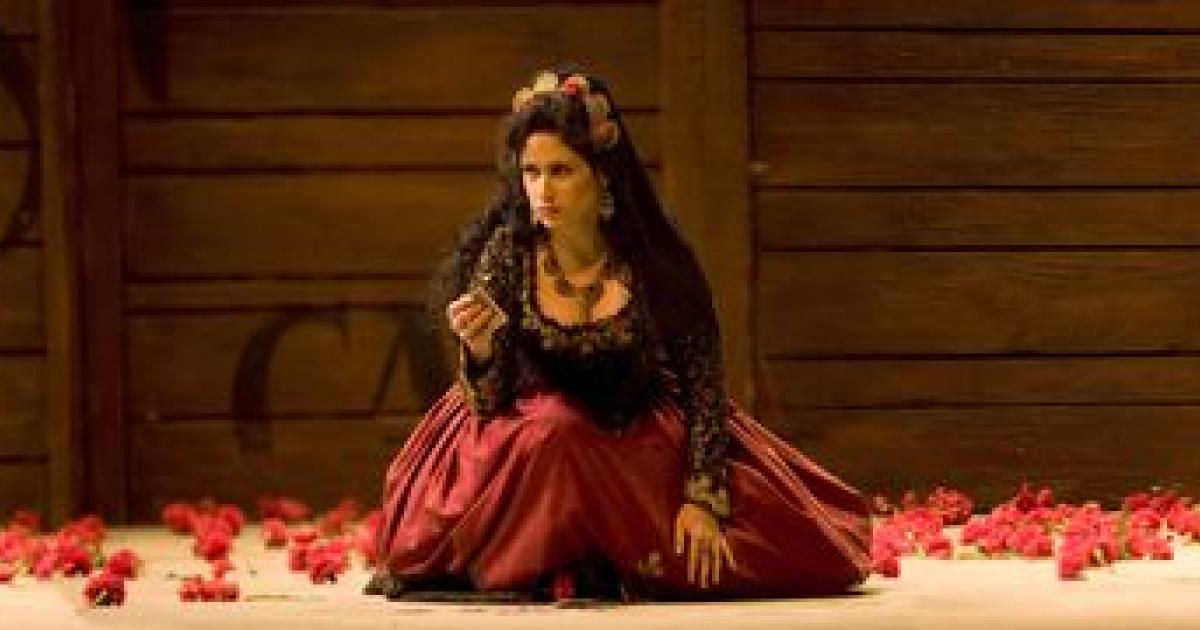 Review From The House: Carmen

Vancouver, BC: If I could chose one opera as the ideal forum to introduce an opera neophyte to the genre it would be Carmen. It has to rank as one of the most accessible operas in that you don't have to have  a sophisticated understanding of music to be entranced as one glorious melody follows another. You also don't have to suspend your sense of reality as the story is  plausible and the motivation of the main characters quite believable.  Who can blame Don Jose (David Pomeroy) for throwing away his military career and ditching the sweet, faithful Micaëla (Mariateresa Magisano) for the seductive, exotic and utterly bewitching Carmen (Rinat Shaham)? And given the choice between the flamboyant celebrated matador, Escamillo (Daniel Okulitch) and the poor sucker Don Jose whom she has already conquered, well obviously Carmen will want to use her witching ways to snare Escamillo.

Carmen is such a favorite with audiences that it is frequently staged. Even though my opera-going is limited to  5 or 6  occasions a year, here or in New York, I  have seen several productions of Carmen. In fact  during one VO production I had the opportunity to view part of the show from the stage as a supernumary (spectator) at the bullfight arena. We were required to wear all black - I still have that  black sweatshirt! I suppose we were needed to fill seats but not to be too visible -hence the black.  It was an interesting  perspective on the show but luckily for Vancouver audiences it did not inspire me to want to become a performer. Anyway this current production ranks as my favorite for now. From the second Antony Walker raised his baton and the first few bars of the overture were played, till the  tragic end, I loved it.

Obviously opera is about the music and the voice but as a visual spectacle it really helps when the characters look the part.  Rinat  Shaham is beautiful and believable in the title role, switching from beguiling and flirtatious to fiery and defiant in a millisecond. As Carmen, she has several great arias but somehow the tune that always sticks in my head is the seguidilla in which Carmen persuades Don Jose to meet her at Lillias Pastia's inn.  I think it is the percussive rhythm that gets into my blood and makes me want to stamp my heels and dance.   And Okulitch has the panache and physical presence to be a convincing seducer of Carmen, the seductress.

The versatile set  serves as village square, tavern, show ground with minimal changes.  The   lighting palette and brightly coloured costumes of the chorus help ramp up the temperature.  Warmth,  fiery passion - one can almost feel the heat of  Seville, said to be one of the warmest cities in Europe. And then the habanera heats up the stage - oh my!  Cold water please.

Even though the start time is 7:30, with two intermissions the performance finished quite late but our post-show discussion was animated and intense. I think that as a dance addict what I love most about the music is the varied rhythms, from the sexy Cuban habanera to the Spanish folk dance to the marching cadence of the gypsy smugglers.
My companion  who had never  previously seen Carmen and was not familiar with the music,  loved the performance. His take on the music - "wonderful; inspiring even"  and the storyline - " full of passion."

So this is an excellent production of the perfect opera to see if you are thinking of trying out opera for the first time.  I recommend that you get your tickets quickly. There are only 5 performances left. 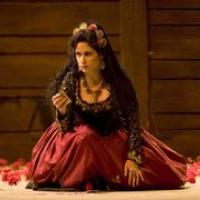 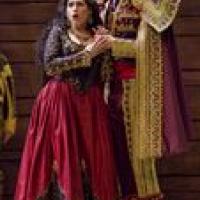 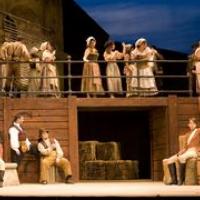