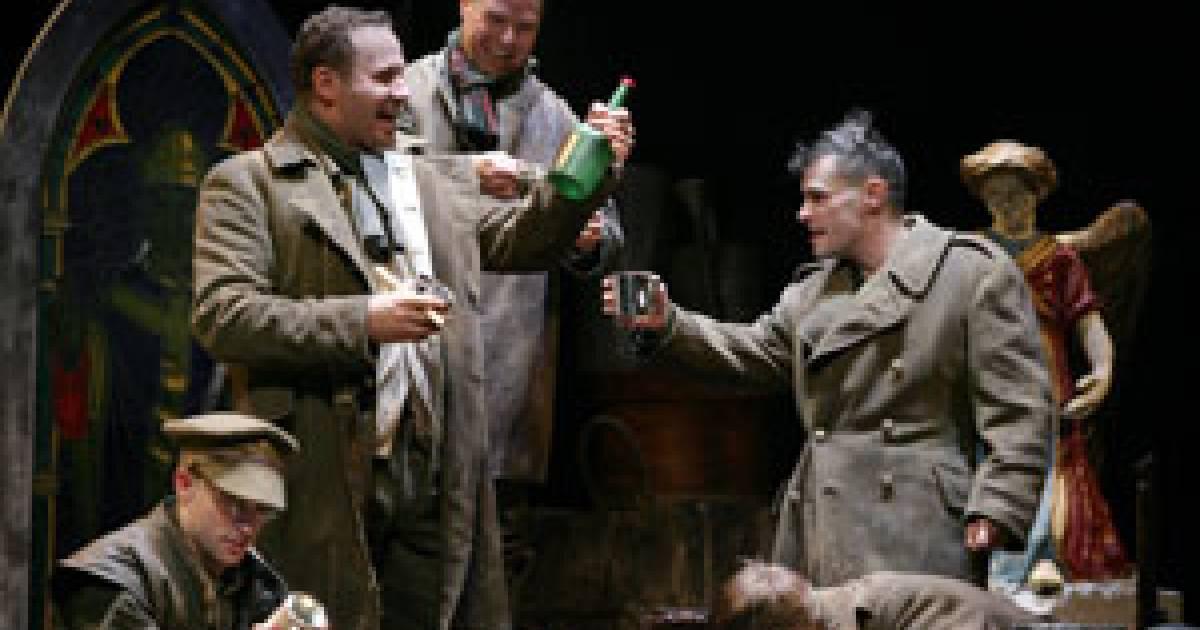 Vancouver, BC: I first read "The Wars" as an assignment in a distance education Canadian Literature course when I was working ten hour days, and studying three to four hours a night. Reading for pleasure was limited to ten or fifteen minutes before I could no longer keep my eyes open and drifted into sleep. The night I began "The Wars" was no different. In bed by eleven, I opened the slim paperback, determined to make a start on my next assignment.  Three hours later I closed the book. I lay awake thinking about Robert, a compassionate, sensitive 19 year old boy who was compelled to take on responsibilities no young person should ever have to face. The thought of the terror that he experienced in the moment when he realized that he and his beloved horses were trapped had me shivering in the warmth of my comfortable bed.  With an economy of words Findley had recreated a world of artillery barrages, poison gases and young men sent to die in futile attempts to capture a piece of ground. He also showed how tenderness can be nurtured in a young person and how he can be driven to desperate measures to protect the vulnerable.

Writer and director, Dennis Garnhum treats Findley's novel with respect. This Co-production between Theatre Calgary and The Playhouse is technically spectacular thanks to the team of  Set (Allan Stitchbury), Lighting (Kevin Lamotte), Original Music and Sound (Scott Killian), Projection (Tim Matheson) and Costume (Kelly Wolf) Designers.  From artillery bombardments to the insidious flow of poisonous gases over trapped, helpless young men, to the wounded in the hospital, the audience was inescapably drawn into the story.

It seems to me that in comparing a novel, with theatre or a film, theatre has to be the most challenging in creating a sense of place.  An author describes a scene and the reader creates images of the setting in his own head. In a film the location can be made to seem genuine so it seems absolutely real. But in theatre one is always aware that the set and the effects are artifacts even as we inhale the "gas" creeping down from the stage into the audience.

Despite the excellence of the large cast, the anticipatory wads of tissues in my purse were untouched as the rows of poppies filled the backdrop. Although Meg Roe's moving portrayal of Rowena, and Trevor Leigh's wounded Captain Taffler, did bring a tear or two to my eyes I found myself watching the progression of the battlefield madness with admiration for the effects rather than a sense of horror so when Robert (Christian Goutis) finally exploded in his act of violence, I was not shocked.

Findley's book tells a wonderfully crafted, multi-layered tale. In this powerful adaptation of an iconic Canadian novel, Garnhum succeeds in distilling the novel into a succession of scenes that tell the story of Robert Ross much like the photographs held in the archivist's hands. Well worth seeing.