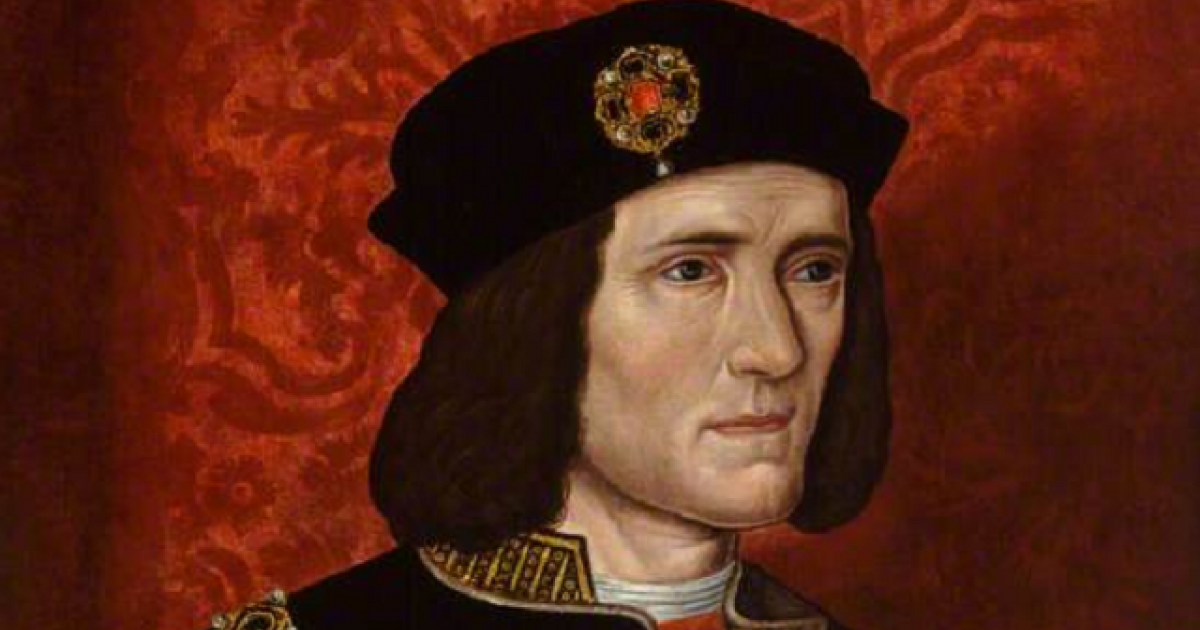 So thinking back to when I wondered how handsome hunk, Bob Frazer (remember those jeans in Taming of the Shrew) could possibly portray the "rudely stamped, deformed and unfinished" Richard â€“ I can only sigh "oh ye, of little faith". The man can act!   From the minute he dragged himself on crutches, leg in a brace, face discolored by a birthmark, and declared with a devilish smile that since he could not be a lover, he was determined to be a villain â€“ I was entranced. Frazer plays Richard as a charming sociopath who, in fulfillment of his desire to rule, manipulates others to bump off anyone who stands in way of his ambition. The only moment when he drops his shield of arrogance and insouciance allowing us to see the vulnerable,inner Richard, is when he stumbles while moving to ascend his newly acquired throne.Brilliant.

Which brings me to Scott Bellis's direction. I really liked his overall concept and the performances he drew from the large student cast, too numerous to name. Perhaps to make the point that dangerous ambition is not unique to any age the eclectic costume designs of Mara Gottler and David Robert's set of riveted  metal panels complemented by John Webbers's lighting and sound  by Meg Roe and Alessandro Juliani, evoked a sense of timelessness or rather, no single time. A drawbridge that lowered from the metal wall to allow the newly dead to ascend and assemble in a tomb-like space lit with fiery red, reminded me of an opening into a space ship. The princes, on the other hand,  looked and behaved like the spike- haired, black-eyed Punk and Goth teens I saw lounging around near my hotel in Soho last October.

On seeing this play I was prompted to dig out my essay assignment from the very first course I took when I went back to UBC a few years ago to study literature. It was a comparison of aspects of the characters of Richard lll, Henry V and Lear â€“ a somewhat naÃ¯ve effort in retrospect. It seems I couldn't bring myself to thoroughly dislike Richard even then, so Shakespeare created a very effective hero-villain. In Bellis's production Richard clearly conquers the audience despite his villainous ways. It's a show and a performance well worth seeing.