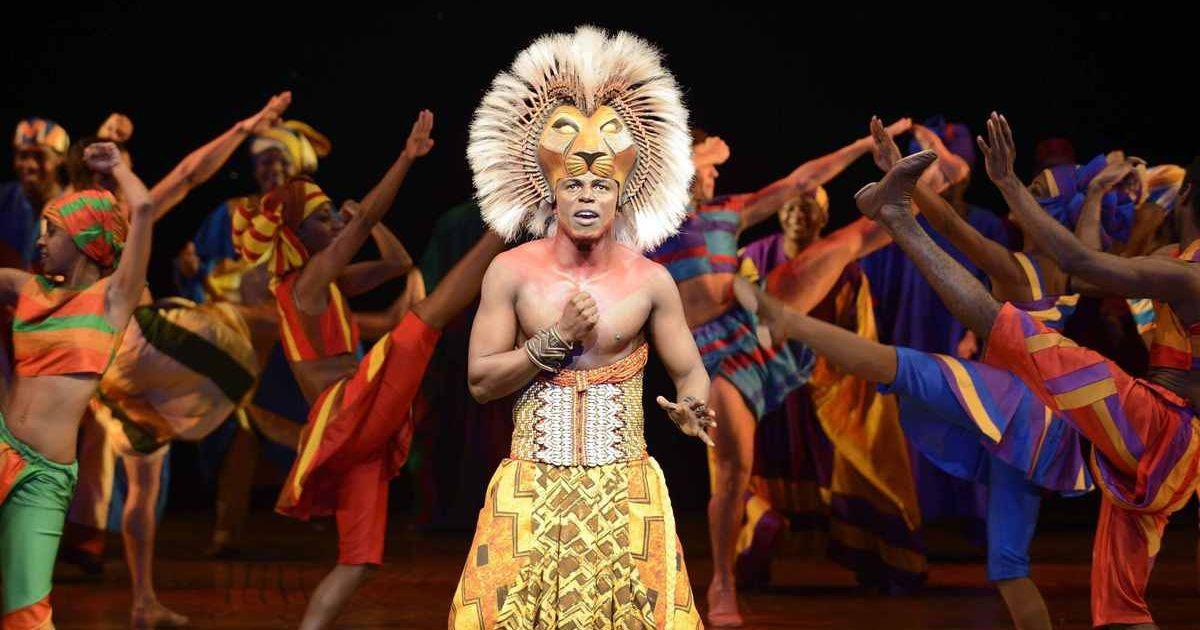 London, UK: Timing is everything! Pass it on. For several reasons including airline bookings, the timing of my four day stopover in London ended up with me arriving on Saturday Tuesday. While perfect for New York where it would mean I could see a matinee and evening performance on Sunday, in London virtually all the theatres are dark on Sundays. From the hordes of people in and around Leicester Square and Covent Garden it seems a somewhat unbusinesslike way of doing things. Surely it makes more sense to have some shows run Sunday and be dark on Monday or Tuesday? At any rate the ONLY show with a Sunday performance was The Lion King at 3 pm. Although I saw it several years ago in New York, I decided to see the London version, and The Lyceum Theatre which must seat at least 1500 people, was packed. So there is an audience for Sunday shows.

There were several shows I would have liked to see, however the constraints of time and travel limited my choice. My flight arrived in London around noon on Saturday and I had not slept at all. (see my travelblogue at  http://jillinthecape.blogspot.com/ - remember the  posts are in reverse chronological  sequence so you have to page down to read in order).

I deal with jet lag by immediately getting on to local time, so instead of catching a nap I decided to see a musical that I knew would keep me awake till Iater on Saturday night.

Dirty Dancing was the natural pick. I loved the movie and have watched my DVD version countless times. The musical version stayed very close to the film and the dancing was fantastic. I did not want to spend 6 pounds on a fancy program and they donï¿½t hand out the pamphlet programs anyway like in Vancouver so I have no idea of the cast names. But the girl who played Penny was the most amazing dancer. The funniest thing was the audience involvement. It was more like being at a rock concert than a theatrical performance. I guess the show has become a sort of cult thing. Johnny got wolf whistles galore, and the audience whistled and applauded when he and Baby made it into bed! Actually I was so caught up in the reactions of the audience that a funny thing happened. Just as the first act was drawing to a close, women in front of me and then those seated on either  side started rising from their seats as if to join a conga line or something. I looked around half expectantly. Was this some new interactive cult phenomenon? Didnï¿½t see any of the dancers leading a line of people up the side aisles.  And then I realized it was the mad dash for the washroom. Anyway, as they say here, the show was brilliant.

So was the Lion King.  The set and lighting and of course the animals and animal masks were just as stunning as I remembered from the New York show.

As I walked back to my hotel I thought about the fact that both these shows were really prototypical coming of age stories. Baby, the female protagonist, and Simba, the young male cub: the trials to be overcome: the father figure that they wanted to emulate. The actor who played the wicked Lion uncle was excellent. A cross between Iago and Edmund.

On the Monday night it was a toss up between The History Boys and Shadowland and the proximity of the Wyndham Theatre plus the fact that I had seen the film version of the History Boys and admire Bennettï¿½s writing: History Boys won out. Although in a way this is also a coming of age story, it is really more about the interaction between generations, the transmission of knowledge and wisdom, playing the game of life: in Hectors words`passing it on`. Lots to think about and an excellent production.

Got to post this before I leave for the airport so caio from London.