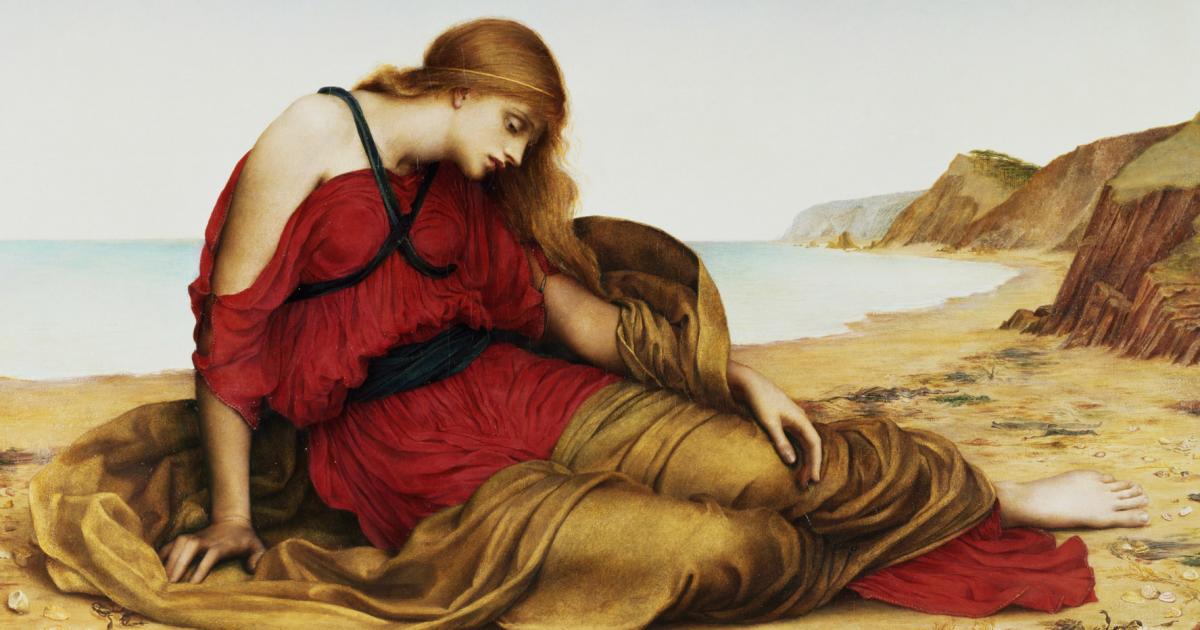 Greek mythology has fascinated me since I first received a children's version of the myths. At high school we studied "The Iliad" and I read "The Odyssey." And then of course the dramatic tension, moral and ethical conflicts, and clash of destiny with self-determination in the dramas of Sophocles and Euripides raise many issues that are as valid in today's world as they were in Ancient Greece. Hence the many appropriations, adaptations and translocations of stories such as Antigone, Medea, Oedipus.

The tale of Theseus and Ariadne was one of my favorites; at least the first part in which he slew the Minotaur and escaped the Labyrinth by following the thread that Ariadne had given him. I think the children's book left out the bit where Theseus dumped her on Naxos. So when I read that Vancouver Opera was presenting "Ariadne auf Naxos" by Richard Strauss this season, I had something dark and dramatic like "Elektra" in mind. But of course I did not know my Strauss operas as well as I knew the Greek myths.

Far from being a dark and dramatic opera, Ariadne auf Naxos is more like "Kiss Me Kate" meets "Noises Off," set to glorious music. Although I love the music of "Kiss Me Kate" too. At least I can sing Cole Porter's songs in the shower.

Reflecting the way "Ariadne" evolved, it has two distinct parts. The first act occurs in the salon of "the richest man in Vienna" who has commissioned a young composer to write a serious opera for after dinner entertainment. However a commedia troupe has been engaged to perform a play about "Fickle Zerbinetta and her Four Lovers." And there are also to be fireworks at nine. The snooty Major-domo announces that the opera and the play must be performed simultaneously. So the first act basically revolves around the preparations for the performance of the opera/play and the reactions of the composer,his teacher and the commedia troupe.

In Act Two, we see the young composer's opera corrupted by the insertion of Zerbinetta and her troupe. The mournful Ariadne, being of the "my man has left me there is nothing left for me to do but seek death" persuasion, hangs out in a cave until Bacchus comes along. Zerbinetta, being more practical is of the mindset -"well he is gone so when the next one comes calling, how can I resist him?" I think Zerbinetta's attitude is probably healthier if less artistically pure. Luckily Ariadne also came to her senses and fell for Bacchus. Party time with the Gods.

I usually find the surtitles helpful but sometimes I wish the words were not translated. I confess I found it difficult to refrain from a chuckle at Bacchus - "I feel a godly desire coming on" - or some such line. Opera always has such a sensual appeal; the incredible voices, the music, the sets and costumes, lighting, choreography. In most operas at least some of the arias are familiar to me as part of my internal music repository. But even lacking familiarity with this particular score - I really enjoyed the evening.