Rants, Raves and Occasional Reviews: "The Unmentionables" and Choices and Expectations 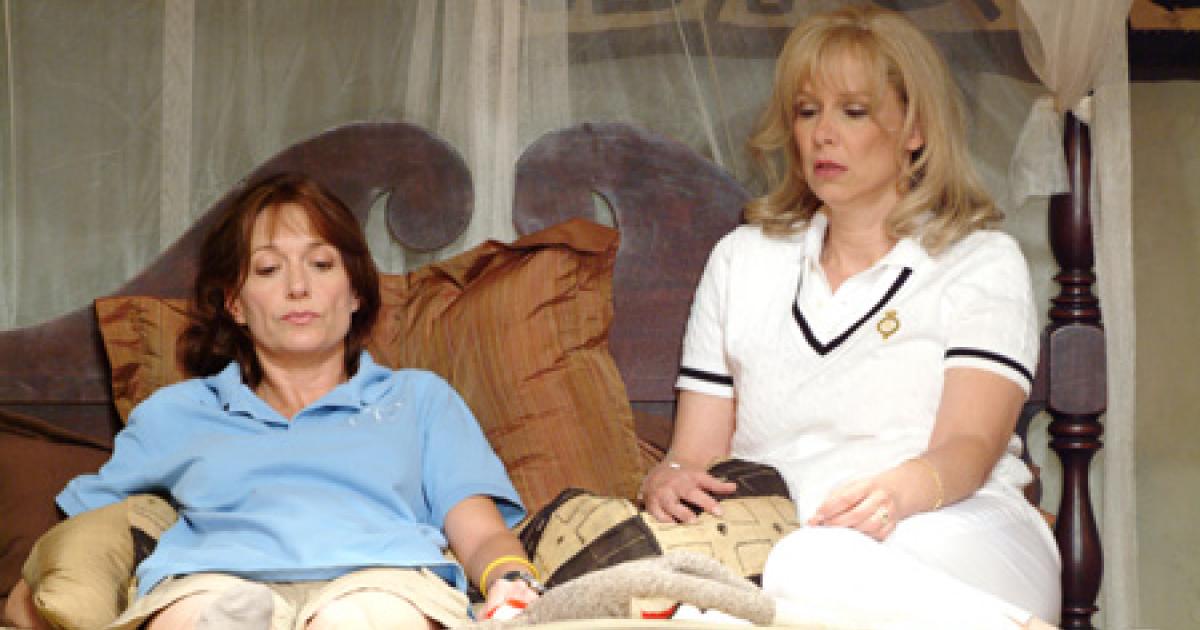 Rants, Raves and Occasional Reviews: "The Unmentionables" and Choices and Expectations

The Unmentionables by Bruce Norris
Directed by Anna D. Shapiro
Playing until August 27, 2006 in the Steppenwolf Downstairs Theatre, Chicago
Steppenwolf

CHICAGO, IL. Steppenwolf is arguably one of the best known independent theatre companies in Chicago so I was very excited to obtain tickets to their current production. "The Unmentionables" is a new play by Bruce Norris, who has had four previous plays commissioned and produced by this company.

Having spent most of the first half of my life in Africa, I eagerly anticipated seeing this production.

The play is set in an unnamed African country plagued by bloody faction fighting and home to several American ex-pats. Conflict arises when Dave's mission station is destroyed by arson and the 'holier than thou' young missionary, Dave, (Lea Coco) and his in cognito television star girlfriend, Jane (Shannon Cochran) move into the guest suite in the house owned by Don (Rick Snyder),an entrepreneur who runs a local factory, and his garrulous wife, Nancy (Amy Morton). Tensions are further stirred up by Aunty Mimi (Ora Jones), a government official, and the American-trained,cynical, pot smoking Doctor (Kenn E. Head) who has sold his expertise to the factory owner. When Dave stomps off in a huff and goes missing, and Etienne (Jon Hill), one of his students is implicated in his disappearance, the "liberal" ex-pats find themselves condoning actions they would never have imagined they would have agreed to.

Norris asks us to consider how we would deal with our moral beliefs and principles when put in an unspeakable situation. The technical elements were great. As I entered the theatre I was immediately impressed by Todd Rosenthal's set, the interior of a spacious guest room in Don's mansion. A glimpse of barbed wire and palm trees suggested the protected enclave in which the ex-pats lived in equatorial Africa. James Schuette's costumes were gorgeous; Nancy, in particular looked great in a luxurious creamy negligee set. Sound (Rob Milburn and Michael Bodeen) and J.R. Lederle's lighting worked well with the cloudy sky to create the sense of Africa but the tour de force was the rainstorm pelting down on the roof.

I actually found myself thinking how did they make that so real? So with an interesting premise, philosophical issues to ponder, excellent acting and technical elements, why was I disappointed? I intensely disliked the choice to start and end the play with a direct address by Etienne to the audience. He tells us in no uncertain terms that we are wasting time and money by having overpaid to see this play in the theatre and would be better off watching television at home. At the end he basically says "I told you so". Yes, I realize that Norris is asking us to question our own personal choices and motivations, but unfortunately as we left the theatre, we wondered whether in fact he was right and we had overpaid.

Not the type of audience reaction that either playwrights or directors would normally want to engender. As Norris chooses thus to break the fourth wall and directly engage the audience only at these two points in time, it came across to me as gimmicky, not something that Norris needs to invoke. The main problem for me with the text is that, despite some funny and tragic moments and some clever dialogue) the storyline was predictable and the main characters, the naive idealistic missionary, the wealthy misguided entrepreneur, the drunken motor-mouth wife, the television star, all trying to "do good" in Africa where they are not really wanted, were clichéd.

Too bad really. One more night left to enjoy Chicago's theatre scene. Then home after too short a stay.