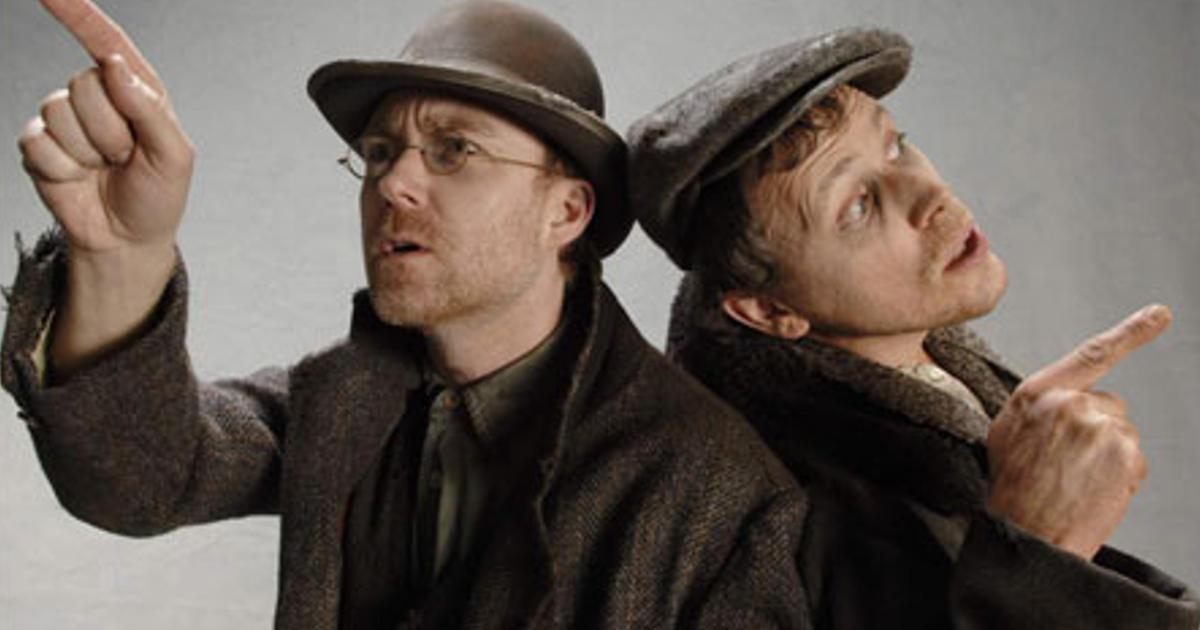 VANCOUVER, BC. - Recently I saw Matthew Bissett perform his new monodrama, Money, produced by Construction Ink, running at the Beaumont Theatre until the 25th March. Bissett plays a whining, self-pitying, unpleasant loser who is chronically hung-over and late for work at the Money Mart, appalling rude to the customers and who feels he somehow has a right to other people’s money.  To engender sympathy for this unappealing character we must listen to his fruitless attempts to woo Astrid, the girl to whom he is madly attracted but who obviously sensibly regards him as the last person on earth she would fall in love with.

Directed by John Verhaeven, with a very effective sound design by Mike Low, the many funny moments were clearly enjoyed by the small but appreciative audience on the night I saw it. Bissett does a great job of playing Astrid, Bruce, his amazingly tolerant boss at Money Mart, and Marion, from the publishing house who tries to tell him that if he doesn’t pay his debts his credit rating will go down the tubes. Silly her! She thinks he actually cares about paying his debts.

Although I enjoyed the play and specially liked  Bissett’s characterization of Marion, increasingly  I found myself distracted by my inner musings about his main character and another equally  nauseatingly miserable man, in a play seen earlier this year, Thom Pain (based on nothing). Thom Pain, written by Will Eno, a young award winning playwright, was apparently “critically lauded” when produced in London, Edinburgh and New York. It’s a monologue about the hopelessness and futility of life, seen through the eyes of another male whiner, has made nothing of himself as an adult and who relives awful experiences of his childhood ad nauseum.

What’s with all this male angst? These plays make me want to get out my chair, shake these guys and say “get a life, get a job, then maybe you’ll get a girl”.

And then of course, the exception that proves the rule!  Just saw the Arts Club production of Waiting for Godot. Talk about futility – these two men, waiting for forever for this man who promises to arrive without fail – and never comes. And its not that he is busy with weighty matters, saving the world or anything like that. Mr. Godot does nothing! Just never comes.

And yet I feel empathy and an incredible curiosity about Vladimir and Estragon. I want to know why they are there, what is their history, why must they stay. Their characters engage me, arouse thoughts of time and timelessness, place, substance and meaning. Somehow I never get the urge to shake them and say “get a life, forget about Godot, move on”.

This production surprised me. Even though it is Beckett’s centenary, Godot seemed such an unusual choice for the Arts Club, and indeed, I noticed quite a few previously occupied seats were empty after intermission. But I really enjoyed it. Peter Anderson was mesmerizing as Lucky.  Just standing absolutely silent on the stage, he completely captured my attention, and his tour de force 93 line nonstop stream-of-consciousness “thought” garnered great audience applause.

I am a usually great fan of Ken MacDonald’s work but this set did not work for me. The script says it all. “A country road.  A tree.  Evening”. Absolute minimalism. This set was too busy. I could see the value of the tires and the metal drum, both of which were used during the play but the mass of metal and wires that resembled two ice hockey goal posts that had been hit by a truck seemed superfluous.

Anyway, that’s a minor quibble in a very worthwhile production.