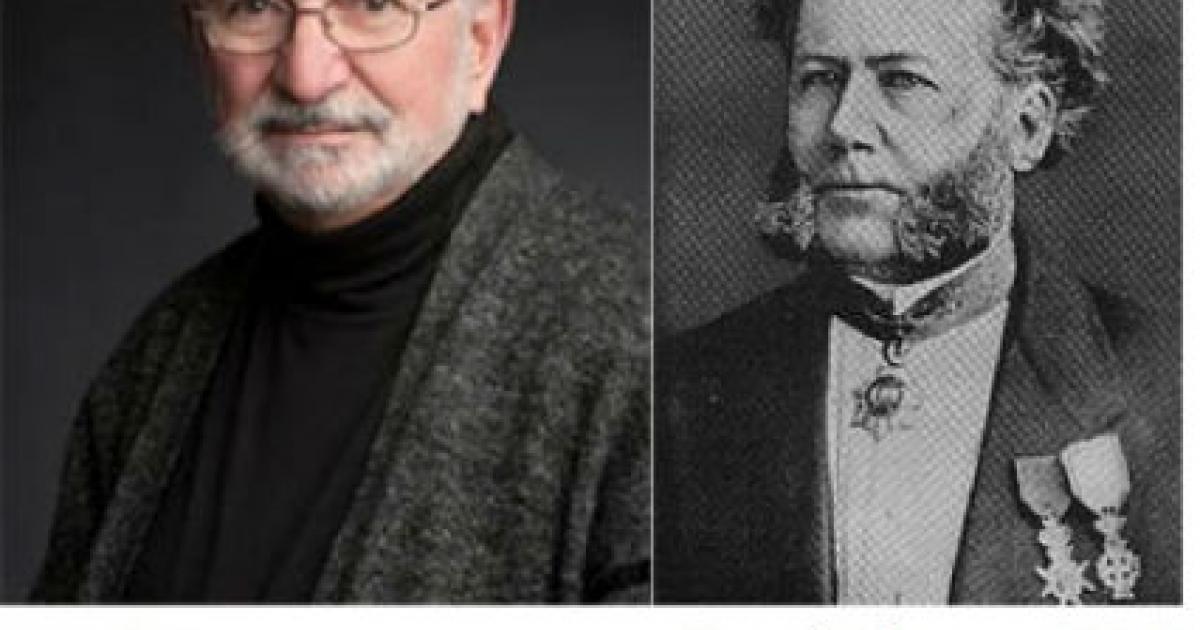 Inspiring a Passion for Theatre in the Next Generation:
In this first interview for How They See It, I talk with Professor Emeritus Errol Durbach, Department Head (Theatre and Film) from 1987 - 94, about his experience teaching theatre and drama at the University of British Columbia.
Several years ago when I returned to the University of British Columbia as a "mature" student to work towards a B.A. in English, Professor Errol Durbach taught some of my most memorable classes. While my content memories from some courses have faded into a jumble of illegible writing on overheads and chalk boards, I still recall clearly many of the ideas and the works we studied in his classes and those of several other inspiring teachers.  Errol, a renowned Ibsen scholar, generously agreed to allow me to take a directed studies course on Ibsen with him. The chance to spend an hour  one-on-one over a semester, each time dissecting one of eight Ibsen plays from The Doll’s House to The Master Builder was a privilege I truly appreciated.
It was great teaching that enticed me from the fascinating but focused world of my medical specialty to the broader world of ideas in the arts. As we wonder how to attract each new generation in to theatre houses, it is worthwhile to recognize that the kind of teaching and exposure to the arts that students receive at schools, colleges and universities will influence how much they value live performance and ultimately, how important a role theatre and other arts will play in their lives.
One-on-one with Professor Errol Durbach
I would like to jump right in to talking about teaching. You have been teaching theatre at UBC for a long time. Would you say your approach to teaching theatre has changed over time?

My approach has changed in the sense that I began teaching in the English Department where theatre was called Dramatic Literature and you taught it as a sub-genre of Literature, like the novel, poetry or drama, so the teaching was geared to ideas, and I guess, to the historical context of the play you were teaching. I then segued into the theatre department and I had to change my teaching method quite radically. Because what you teach in the theatre department is the way in which text translates into action. So you look at a text in a completely different way.

You look at the text as a pre-text for performance, not that the themes aren’t important; they are very important except that you begin to take a somewhat different approach; to language, to gesture, to the way in which scenography and props are used. You teach as it were for the truth of the acted moment, not for the rather abstract theory that the drama points towards in some other discipline.
In a way moving into the theatre department opened me up to a kind of dramatic analytical technique, to a dramaturgical approach to theatre and to drama, and to a different expectation, I think, on the part of the student. And that for me was very liberating.
And I also realized that in order to teach that way I had to make myself available to students who wanted actors for their shows. And so I started acting to learn about the text from inside the language and the action, not merely as an observer of an outside artifact.
And so everything shifted.
So that’s very interesting. I had thought that you studied theatre, with Ibsen being your area of specialty,  and that you were an actor before becoming a professor.
It sort of went the other way around. Not that I wasn’t interested in Ibsen before moving into the theatre department, I was. But I was interested in Ibsen as a dramatic philosopher rather than as a man of the theatre creating absolutely fabulous pieces of stage art. And so I guess it was the stage that really impressed itself upon me and I taught as it were for the stage, rather than for the page.
So your acting experience developed out of making yourself available to students partly in order that you could understand acting from the inside. And what about your writing for the stage, adaptations and all that?
Oh that happened quite by chance. I am not sure how it originated. I guess because I was in a theatre department and several of my colleagues used to write for the Freddy Wood Theatre, I thought it might be something worth trying for myself, on an experimental basis. And so I floated a few of my ideas past my friend and colleague, John Wright, then Associate Professor in the Film Program. John, who also directed shows for the Freddy Wood, has the marvellous ability to combine theatre and film in a cinematic style of directing, allowing me to write impossible stage directions with the conviction that he can pull them off.

If a director was stimulated by an idea then it seemed to me that I should develop it. And so we worked on a number of adaptations. I think that’s what I do really, I adapt. We started with Dickens’s Dombey and Son.