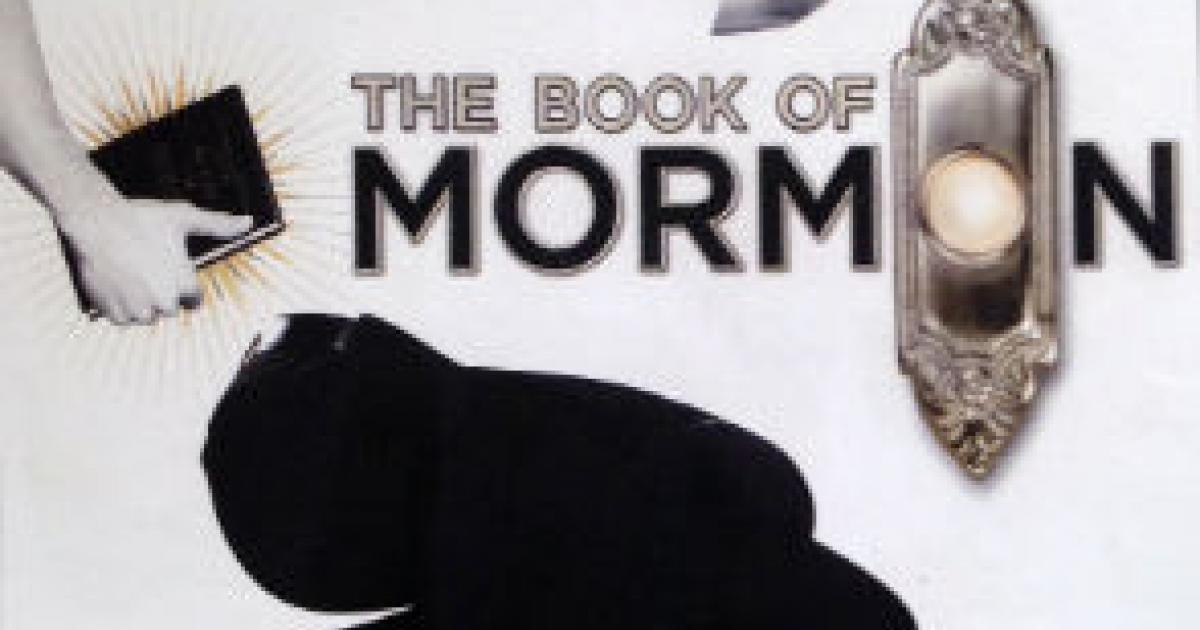 New York, NY:  After reading my little rant about the mind-numbing effect of excessive and unexpected profanity on stage, you may wonder why I would have chosen to see The Book of Mormon. After all it was written by the creators of South Park, the award winning animated comedy sitcom known for its shock value and crude language. The difference is that going into the theatre, I knew that this show described as a "bawdy, irreverent, hilarious" look at missionaries sent to Africa to convert the masses, would create  its comedy by using foul language and sexually explicit humour to shock. So in the context of the show, swear words were the least "offensive " aspect. Overall The Book of Mormon is entertaining and quite hilarious.

"Hello " the opening number introduces the cleancut, immaculately dressed Mormon missionary trainees who are ready to head off on missions to spread the words of their testament. "Two by Two" pairs up them up, and Elder Price, the arrogant star student, is horrified to learn that he is to be paired with Elder Cunningham,  the dud student, who hasn't actually even read The Book.  Even worse for Cunningham who had prayed for his mission to be in Orlando, Florida - they were going to Uganda. There they encounter the reality of life for the tribal inhabitants of the African village, who live under the rule of a vicious war lord, with starvation, poverty, AIDS and female circumcision just some of their problems.

I must confess that despite frequent wincing at the equal opportunity mocking of just about everything  I found many of the numbers hilarious. I loved the  music and many of the lyrics were clever. Loved the choreography and the great  ensemble work.  Overall I really enjoyed the show. Something to beware of if you are  booking seats for the Eugene O'Neill Theatre - be careful of the front couple of rows in the mezzanine.  We had great seats from a view perspective, in row B of the mezzanine, right in the center with excellent sightlines. However the 6 ft 2 in man next to me could barely fit into his seat and even my knees were squashed against the seat in front of me.  The legroom of the seats in the first few rows of the mezzanine is so narrow that all around us people were complaining that their legs were bruised and they were forced to sit almost sideways. The curve of the balcony is such that the effect is worse right in the center but most  of the center section were complaining. Definitely the narrowest walk space in theatre seating I have ever experienced.