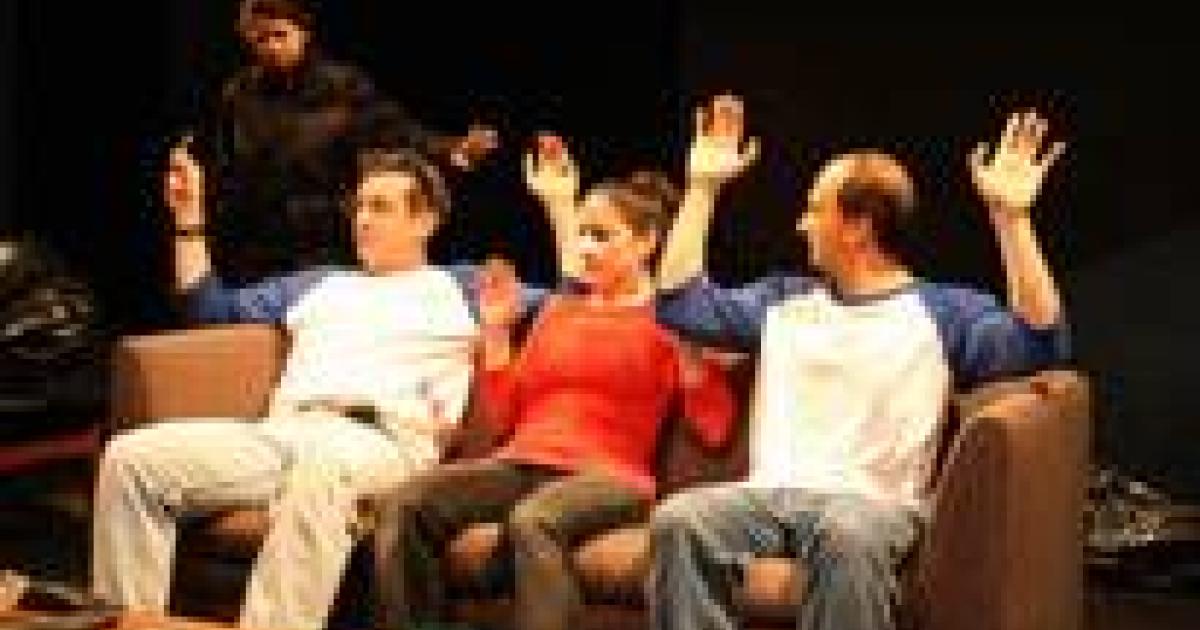 On a surprisingly chilly Sunday evening in Southern California, one of the brighter spots of the Oscar show was the performance of Jack Black, Will Ferrell and John C. Reilly (my favorite - didn't you love Mr Cellophane in Chicago?) bemoaning the fact that dramas usually win out over comedies for Oscar nominations. That got me thinking yet again about comedy and humour.

As I've written before, I generally prefer serious dramas to comedies. Maybe that is because even my kindest friends think my sense of humour is "different"; some say "odd, or even twisted." And it's true. Mistaken identity, hiding in closets, physical comedy - hold little appeal for me. But witty biting comments, double- entendre, even puns of the "hold your stomach and groan" type - resonate with me. I guess you could say I prefer word play to sword play! groan"...

Yet somehow all my recent theatre-going has been to comedies. In the past couple of weeks in Vancouver I saw three. Two were written more than 2000 years apart. "Thicker than Water" written by local actor/playwright, David Mackay, and directed by James Fagan Tait, premiered at Performance Works to reviews that for the most part found the play very funny. Certainly the acting was great. Mackay plays Tim, a depressed newly divorced man who mopes around his basement suite and is persuaded by his quick-talking younger sister, Amanda (Rebecca Auerbach) to invest in a get-rich-quick scheme which, being Vancouver, is of course, a grow op. The cast was rounded out by Dawn Petten playing a hilarious sexually aggressive cop and Derek Metz as Dan, the crook who rips them off. An amusing evening but not much to talk about on the way home; which was lucky as I decided at the last minute to see the show and had no one with me to share whatever profound thoughts I might have had.

The play I saw the following night has survived for over 2000 years. "The Swaggering Soldier" (Miles Gloriosus), written by Plautus around 200 years BC played at the Jericho Arts Centre. I was interested to see it for several reasons. The Braggart Soldier is said to be a prototype character used by many later playwrights, including Shakespeare - Falstaff. Sondheim's musical "A Funny Thing Happened on the Way to the Form" was also based on this farce. Plautus was writing to entertain "the masses." I was entertained more by the theatre history than the humour.

So now that I sound like a totally humorless grouch, I must confess that I thoroughly enjoyed the third comedy I saw - Oscar Wilde's "An Ideal Husband" at Presentation House. Wilde is so clever, in his parody of melodrama, his expose of Victorian correctness, and all done with a biting, acerbic wit. His plays are as enjoyable to read as to see in production. And Christina Schild's performance as Mrs. Cheveley was one of her best.