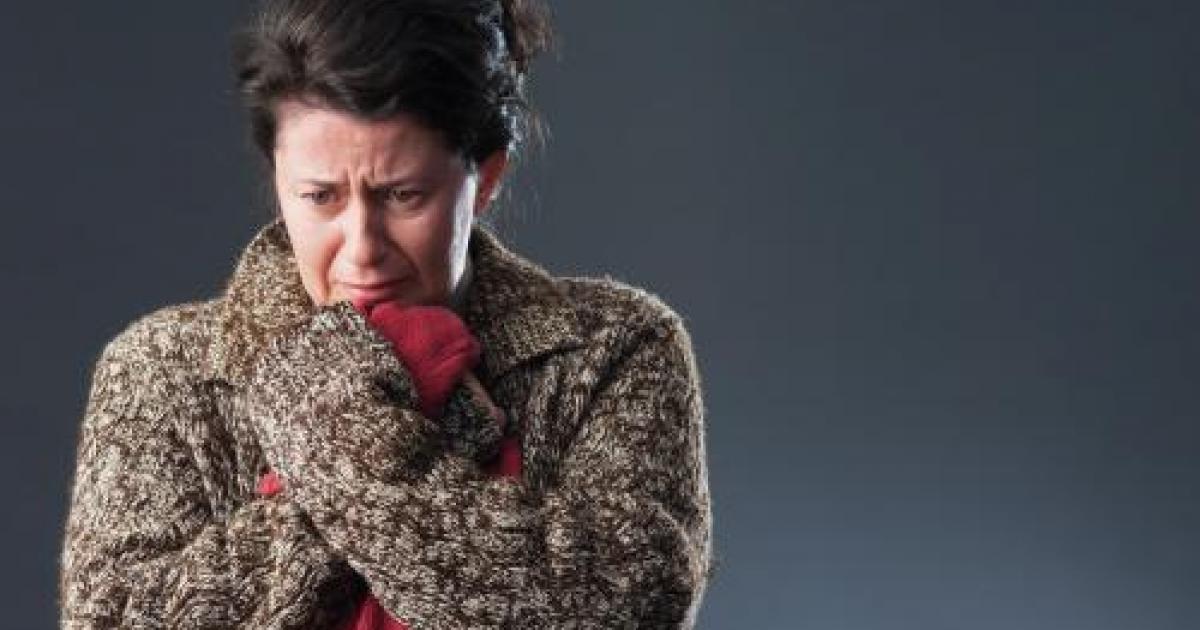 Vancouver, BC.  Bryony Lavery 's play has all the elements that should make for  compelling theatre. An tragic situation connecting three characters - a serial killer, the mother of the girl he abducted and the academic who is studying him and others like him;   and issues that one can argue endlessly : is he evil or is he sick? Can he be forgiven,  should he be forgiven and what does forgiveness really mean?

Yet when I left the theatre instead of being engaged in the tragedy of the story and the complexity of the issues, I found myself  instead wrestling with the question of what, for me is compelling theatre- the sort of show, specifically a dramatic play, that makes me walk away thinking - wow that was good.

As a splitter not a lumper, I tend to  divide plays into three categories. First there is the play that captures me so completely, intellectually and emotionally,  that I am almost living the experience with the actors. Then there is the work that engages me intellectually  so that I have lots to think and talk about, but it does not touch my heart.

A good example is a comparison between two of the plays I have just seen in New York.  Yasmin Reza's God of Carnage was cleverly written, funny and brilliantly acted by a star-studded cast.  I thoroughly enjoyed it and left the theatre feeling well entertained but not emotionally touched.

In contrast, Keith Huff's A Steady Rain -  just two Chicago cops telling their stories on an almost bare stage - not only provoked a torrent of questions in my mind, but drew me into to the emotional vortexes that the two men, and especially Denny, experienced.  The story of those two cops stayed with me for hours after the play was over. That was truly  a "wow" experience.  So these were two shows with excellent, strongly structured scripts, well directed and with great performances yet they aroused very different responses.

The third category is a play that for whatever reason fails to engage either my brain or my emotions. Despite Anthony Ingrams'  standout portrayal of  serial killer, Ralph, for me Lavery's play fell in to this latter category. Who can imagine anything worse than losing a child in this way, yet neither Nancy (Daune Campbell), mother of of ten-year old Rhona whom Ralph abducted and killed, nor Agnetha (Deb Pickman) the academic with her own loss and guilt to deal with, engaged my sympathy.  I am not sure whether it was the events, moving back and forth in time, or the physical fussing with moving chairs around  - why not  use lighting to focus  on each character? - but it did not work for me.

That being said, when Ingram was on stage I was fascinated by the way he showed us the pathetic, very ordinary little man behind the monster that could rape and murder little children with no remorse. The phrase that kept running through my mind, although originally used in another context was Hannah Arendt's phrase "the banality of evil".  Ingram's Ralph was so banal, so commmon place, he could be your friendly neighbour - well I guess he was Nancy's neighbour - and yet you could almost see where his neural connections had gone amuck..  A superb performance.

While not based on one specific incident, playwright Lavery drew on true life stories to create her characters. Ultimately the theme is about guilt - if you commit a crime because you are sick, are you really evil?  And about forgiveness.  Is the purpose of forgiveness to absolve the perpetrator or  get rid of your own anger? Lavery seems to suggest that rather than absolve the perpetrator or responsibility for his crimes, forgiving him  may  arouse his remorse at  what he has done. I think that is too simplistic an answer.

Frozen plays until October 3rd on the UBC campus at the Dorothy Somerset Studio. For more information contact shamelesshussyproductions. 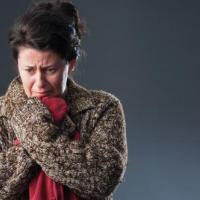 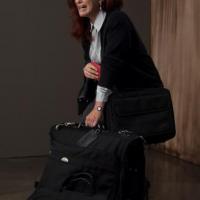