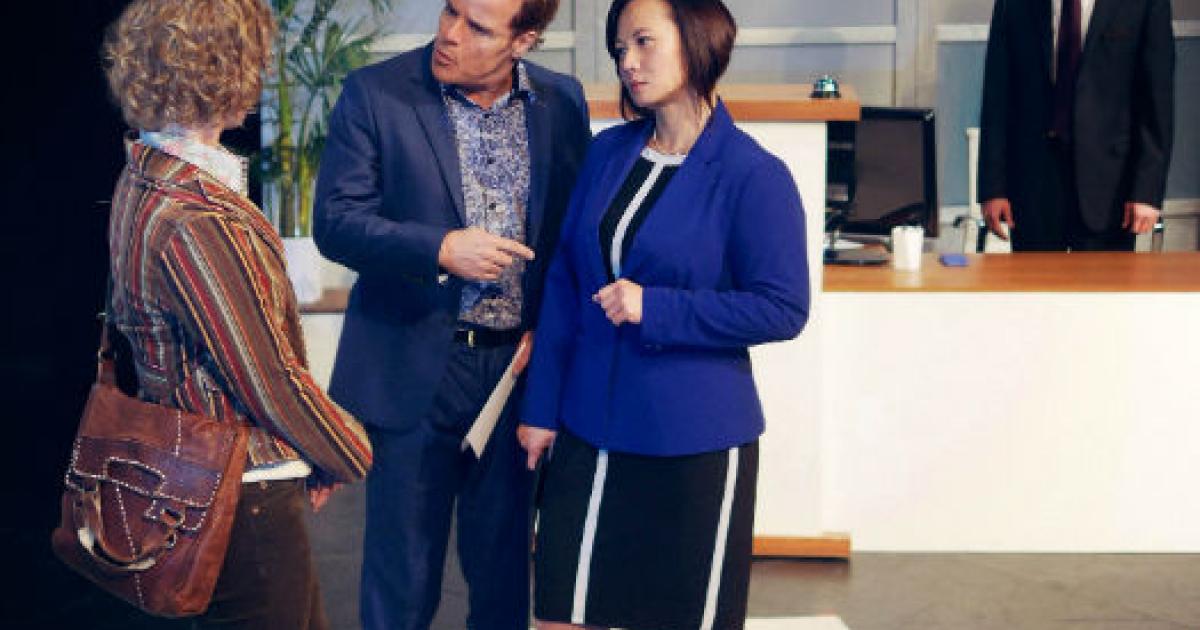 Vancouver, BC: "Does the end justify the means" is a question that has been debated in many different situations but when the context is the crazy Vancouver condominium market it gives this question an intriguing twist.

Al (Art Kitching) is the long time  concierge who looks after a high rise tower in Coal Harbour, where most of the apartments, owned by investors, stand empty for much of the time. As one of his most important duties, he is the middleman between the public and the mysterious charitable foundation donor who funds many deserving projects in the city. No one, not even Fred (Frank Zotter) who does public relations work for the foundation, has ever actually met the reclusive donor.

When  Agnes (Elizabeth Kirkland) a ferocious reporter in search of a BIG story about banking misdeeds, encounters Samantha  (Sharon Crandall), an executive at the bank who is coincidentally one of the absentee investor owners of a condo  in Al's building, Al's neatly organized concierge life starts to unfold. Turns out that Al has found a way to turn empty condos into a wellspring of charitable funding.

I have to say that Al was a most appealing concierge, specially dancing at his desk when he thought no one was around. I kind of wanted to invite him to join the nice team in our building but since all our apartments are occupied he would not have had much time for dancing. But does he have the right to put those empty condos to use when they are not his property?

I loved the concept of the play and the ensemble cast were excellent. The set design by Carolyn Rapanos was attractive and versatile representing both the concierge desk and the banking office.

Overall the play was light and fun - everything ended happily ever after  - but it never really resolved the question about the end and the means. In the Vancouver housing context this play should stir up some debate. What do you think? 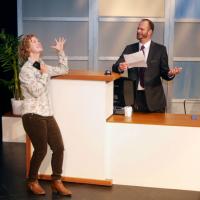