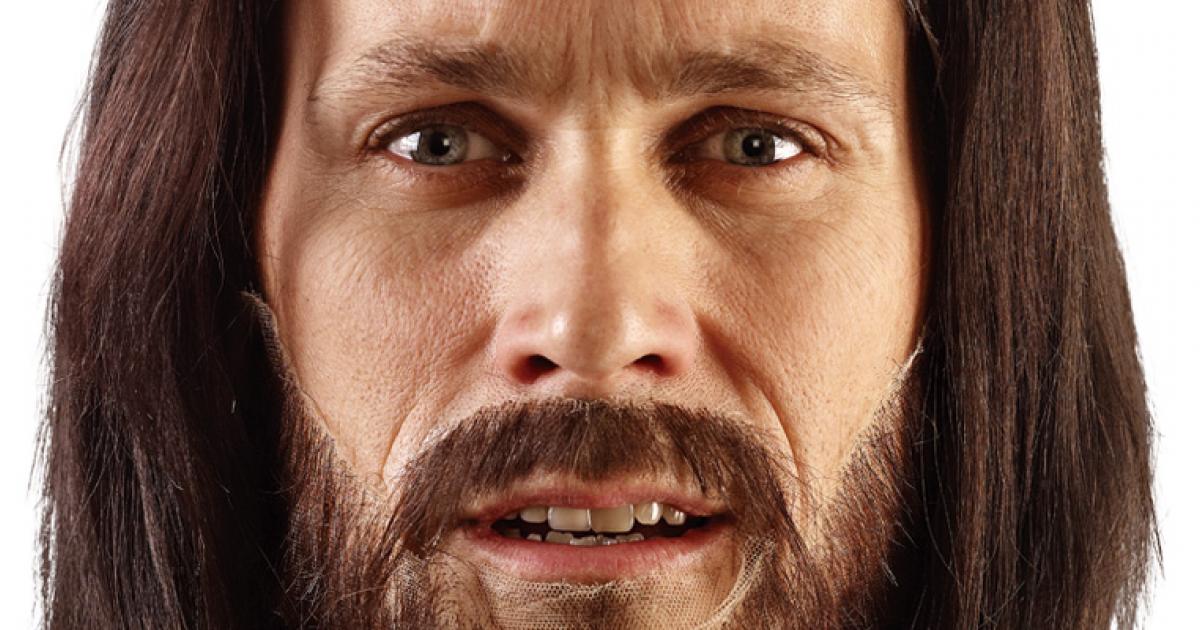 Vancouver, BC: Unbeliever though I may be, I feel an overwhelming compulsion to confess my sin - I believe that Rick Miller IS bigger than Jesus. A charismatic, high energy performer with a warm voice and an engaging smile, he held my attention so strongly that for most of the 70 minutes (no intermission) I forgot to take notes. But not to worry, the script is for sale in the lobby after the show, and I couldn't resist getting my own signed copy. It's worth it for the seven pages of the Teacher's rant, alone.

Using the liturgy to tell his own "Jesus Story", Miller whizzes us through 2000 years of "Christory", first as the Teacher Jesus, then as the Jesus Preacher in the Church of Me. As fast talking as any preacher I've ever seen on television, he actually had me nodding my head in agreement like those bobbing dolls that people used to hang from their car mirrors. Bet if he had passed a plate around he could have collected enough money to fund a bunch of small emerging theatre companies for a year.

The set, lighting, sound and video for Bigger than Jesus earned Dora nominations for Ben Chaisson and Beth Kates, and Kates won the 2005 Dora Award for Outstanding Lighting for this show. Their use of video projection and especially the "Last Supper", created with action figures ranging from Darth Vader to John Lennon, was cleverly done.

Starting from the letters SIN written on the white floor and rear projected onto a huge white backdrop, The Teacher proceeds to demolish the biblical foundation of religion so effectively that entire audiences must be converted to "The Church of Rational Thought". Then Preacher-man exhorts us to make moral choices - cos they DO matter, and gets the audience responding as though we are at some revival meeting.

I thought the energy level fell in the segment about the Miracle plane flying to Jerusalem, but then Miller ends the show with facial hair and robe looking scarily like the Jesus you see in icons. Loved the show. I sure felt I wanted to "pass my I on." What's she blathering about you may ask? Just go and see the show and you'll find out.