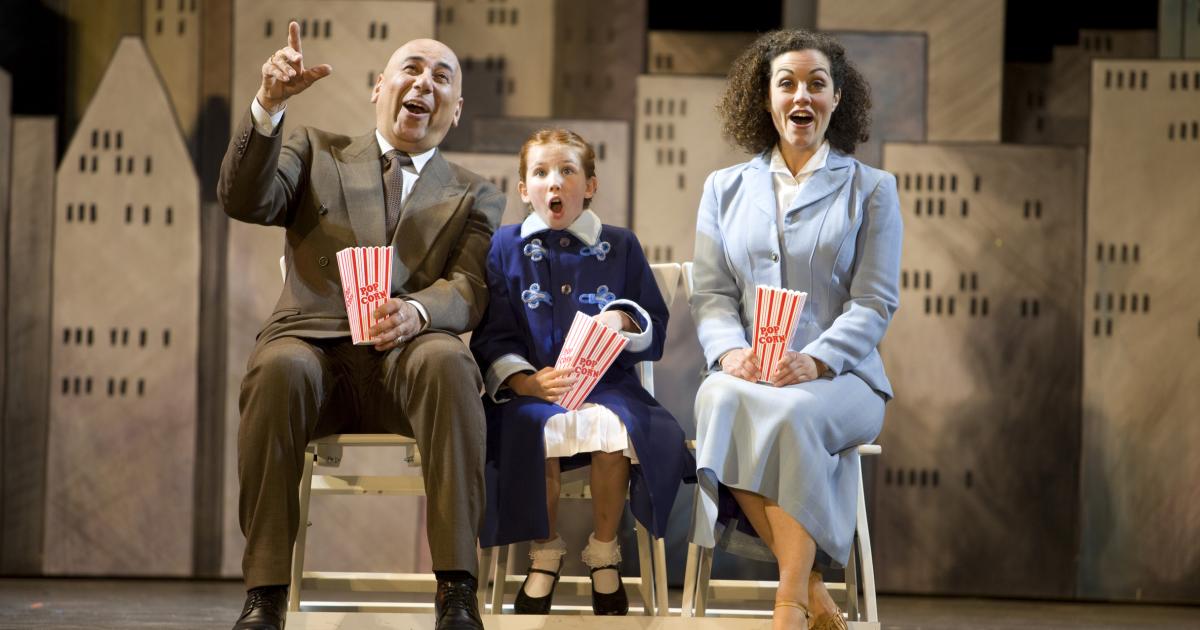 Vancouver,BC:  One would have to have a heart of steel, or maybe no heart at all, not to adore feisty little orphan Annie and her unshaken belief that her parents will return to take her away from Miss Hannigan and the orphanage.  The story of Annie and Daddy Warbucks, however implausible (it was based on a comic strip after all) taps into the dream of  any lonely, lost or abused child; namely that someone big and strong and loving will come to rescue them. And then as well as its optimism and emotional appeal,  the musical is jam-packed with well known songs that stay in your head, long after the curtain falls. Annie  is great family entertainment.

Annie is played by nine year old Michelle Creber who looks tiny and vulnerable but belts out her songs and her lines with all the aplomb of an seasoned performer.  The entire orphan ensemble, older and younger, all perform with gusto - it is clearly anything but "a hard knock life" for them on stage.  Todd Talbot was charmingly cocky  as the lying, cheating, Rooster Hannigan, plotting with his current girl, Lily St. Regis (Carolyn Bergstrand) and his sister, Miss Hannigan (Colleen Winton), to get to "Easy Street."  As far as the household of Daddy Warbucks (David Adams) is concerned, I wouldn't mind moving in there myself.  No floors to sweep, no laundry to do, the charming Grace Farrell (Dana Luccock) keeping my to-do list in order  - and great financier and billionaire Daddy Warbucks, wistfully yearning for the "something missing" in his life. Who could ask for anything more?  Ooops - that's from a different musical.

I liked the way parts of Francesca  Albertazzi's versatile set doubled as a background for Annie and  the second musical, playing in repertory, Thoroughly Modern Millie. Seeing the two shows back to back gave me a real  appreciation for the amount of technical and logistical support required to mount two shows like this and outfitting two such large casts in Chris Sinosich's colouful costumes.  I found myself  reading the listing of production staff with  an enhanced admiration for the efforts of all these pre-production and backstage heroes.

Annie is a really sweet musical, suitable for quite young children, provided they can sit still, and the night I attended there were lots of well behaved young kids there. I wish my little grand-daughter was in town. I think she would have enjoyed it as much as I did.