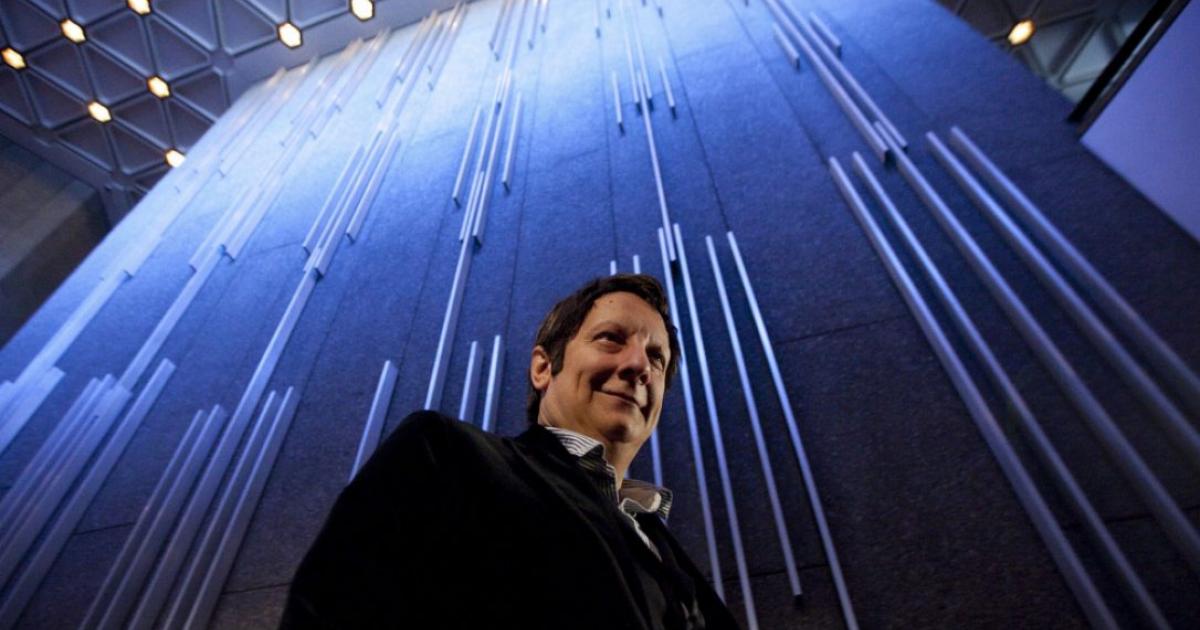 The Andersen Project
Written, produced and directed by Robert Lepage
Vancouver Playhouse until May 27th
Playhouse Theatre Company
and Theatre la Seizia me

I usually think of myself as reasonably articulate and possessed of a sizeable vocabulary but as I followed the buzzing throng out of the Vancouver Playhouse auditorium after the opening night performance of The Andersen Project, the word that kept bouncing around in my head was "wow". Not the most sophisticated commentary perhaps, but understandable. The "wow" factor was obvious all evening from the enthusiasm of Playhouse Artistic Director, Glynis Leyshon, as she introduced this North American premiere of the English version of The Andersen Project, to the lengthy standing ovation for Robert Lepage and his company. And the "wow" reaction was still with me when I got home, and I couldn't seem to get beyond it until now.

This play evolved out of a commission from the Kingdom of Denmark to Lepage. To celebrate the 200th anniversary of the birth of Hans Christian Andersen, artists were invited to create works inspired from Andersen's novels and fairytales. Lepage uses a storyline of Frederic, an albino Quebecois songwriter, commissioned by the Paris Opera Garnier to write a children's opera based on an Andersen fairytale and blends aspects of his fictional songwriter, Andersen's life and his own experiences into a strangely disturbing melange. His task was to show how Andersen's life and works "could find an echo in a modern world that has lost its innocence and romantic ideals," and in this he succeeds.

As I remembered from his last work that I saw, "The Dark Side of the Moon," Lepage is a mesmerizing actor. I hung onto every rapid-fire word as Lepage as the pompous Opera manager "welcomed" Frederic to Paris. But the material was quite disturbing. Observing the gradual disintegration of the opera official into a man whose sexual compulsions cost him his family, his work and his self-respect is like watching our own private peep-show. Another scene where a mannequin becomes the object of sexual desire is painfully discomforting to watch.

The meticulous technical theatricality is amazing. Peep-show booths become payphones. A "dog" darts around the stage. A graffiti artist sprays his designs. The Shadow takes over his owner. The performance is two hours with no intermission but Lepage and his technical crew make the time speed by.

So what was it that made me feel that "wow" was not enough? I think that once the amazing performance and the technical genius were done, I was left with sadness for these tormented souls. Andersen was said to be a lonely miserable sexually insecure man and many of his fairy tales reflect that. I remember as a child how upset I was reading the story of The Little Match Girl freezing to death. And the poor Dryad who finally experiences the reality of life only to die.

In all, The Andersen Project is amazing theatre and a great finale for the Playhouse season.