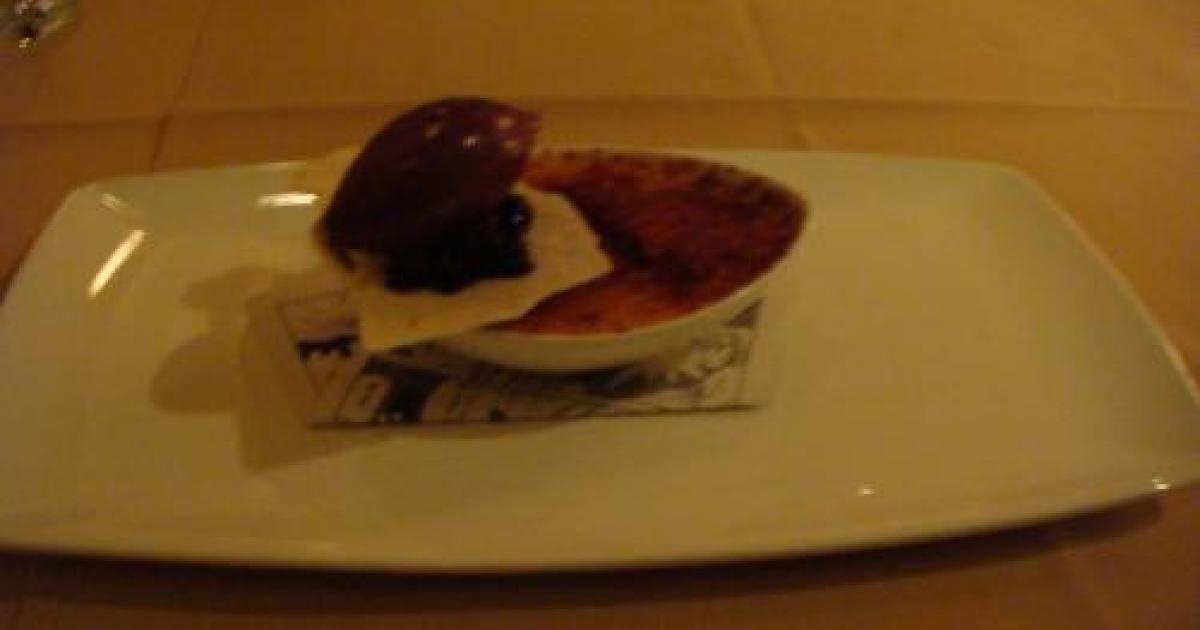 Living in downtown Vancouver, within walking distance of so many excellent restaurants, I tend to venture further out to eat in other neighbourhoods mainly in conjunction with other activities such as a play, film, exhibition or lecture. For my latest pre-theatre dining experience I decided to try Fuel Restaurant on West 4th between Cypress and Maple. Great choice.

Opened in January 2007 by Executive  chef Robert Belcham and Sommelier  Tom Doughty,  this intimate 42 seat space has a  warm and welcoming ambience, enhanced  by the saffron-gold  table cloths.  I liked the structure of the chandelier with delicate silvery filaments reminding me of spun candy. We arrived early so we would not need  to rush off to the theatre. Only one table was occupied but the place  filled up rapidly over the next half hour.

I was interested to note that in this current wine listing as well as the general white wine list, Sommellier Tom devoted a whole section to Rieslings - one of my two favorite varietals.  As I needed to be able to concentrate later on, I reluctantly restricted myself to one glass of the 2006 Selbach-Oster Halbtrocken from the Mosel region of Germany.

To start I chose the white chanterelle mushroom soup which was poured round a crispy slice of Gruyere cheese. A  streak of  sweet and sour shallots added a interesting hit of flavour.  My companion chose the organic salad with ricotta, honey and virgin walnut oil.

We both savoured our entrees. His organic chicken with matsutake mushrooms, leeks and vinaigrette buckwheat honey sauce elicited a declaration that he had never had chicken quite like this - "the  best chicken ever."  My lamb shoulder was melt-in-the mouth perfectly cooked and served with toasted cecchi which I think are garbanzo beans and agnolotti also stuffed with beans. I usually avoid beans - something about the texture - but these were crunchy and delicious.   So far four for four.

The dessert menu arrived and we had time to spare. In the interest of retaining the ability to fit into  my regular clothing size (and I swear the manufacturers are sneakily using less fabric than they used to), I have a strict  "appetizer OR dessert rule." But when he, normally a frugal eater, took one look and said "I'll have the rice pudding,"  I decided to dispense with rules and asked for the Tahitian Vanilla Crème Brûlee with blueberry sorbet and an almond cookie.  It was so good I put the picture at the top of this post instead of here!

I plan to come back in the not-too distant future with a couple of friends who like me are foie gras admirers. I hope the item that caught my eye and prompted this thought will still be featured. 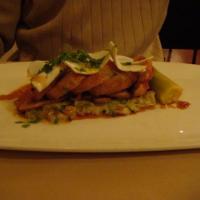 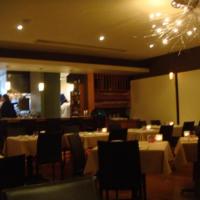 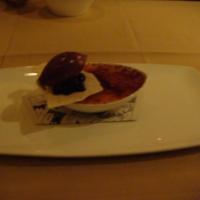