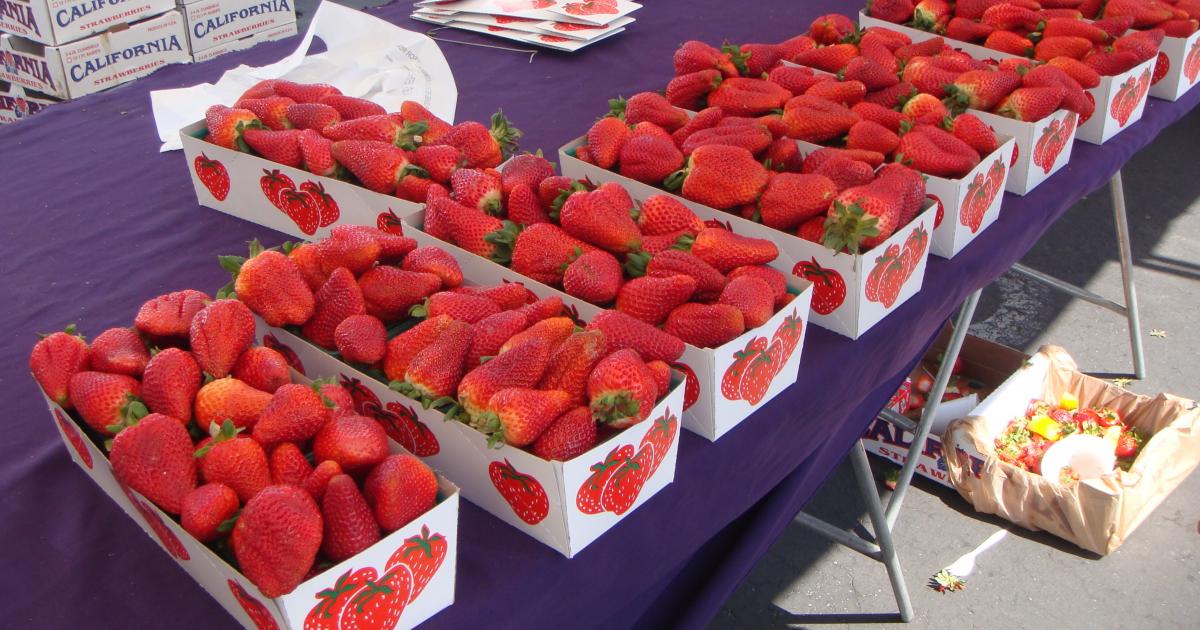 On Sunday we headed down to the Farmers' Market in search of a particular type of bread that is a household favorite. The market  turned out to be located in the parking lot just in front of the dance studio where I have been taking a couple of classes, mainly Latin dance- samba, rumba, jive, chachacha.

We were in search of a walnut cranberry bread but it had already sold out so instead we took a raisin and cinnamon loaf. They are delicious both fresh and lightly toasted.

While the others were chatting to the bread lady about the breads baked by her artisan-baker husband,  I spotted a stall with punnets of the lushest reddest strawberries you could imagine. A large box holding three of those square green containers that you usually get in the supermarkets was $7.00. Having too often had large red berries that look great but are tasteless, I hesitated but one taste from the sample tray, and I counted out my quarters.  The berries were delicious and lasted well in the fridge for several days. They were a great hit with CJ, my grand-daughter who had to be dissuaded from having yogurt and strawberries for every meal and snack time. 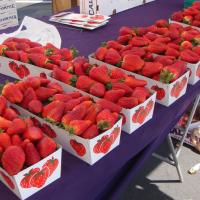 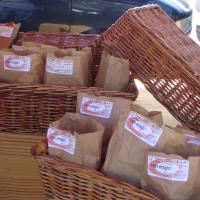