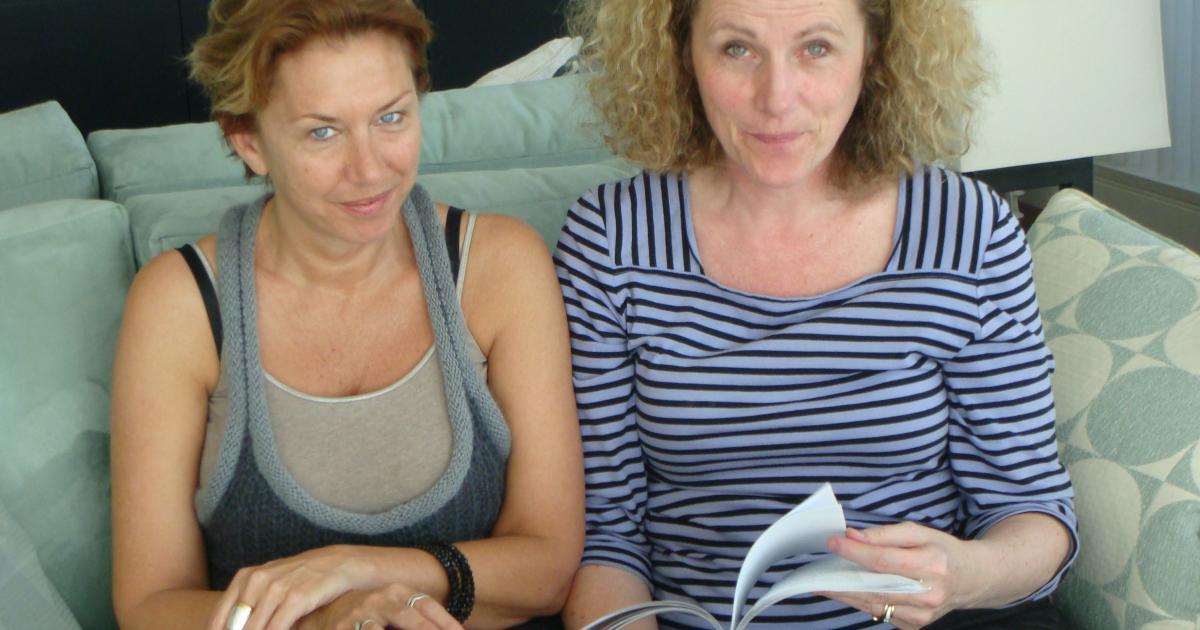 On Mother's Day two years ago, my daughter and I shared something special; the privilege of hearing twenty brave and talented actors share with us the facts of their mothers' lives -  My Mother's Story: A Mother's Perspective . Together we laughed, we cried, and we thought of my mother, Amanda's grandmother, and the part she played in our lives. As we drove home we discussed the empowering effect that relating the arcs of their mothers' lives seemed to have on these women, and that we both felt enriched by the experience of seeing this work.

This Mothers' Day, Sunday May 10th, My Mother's Story 2009 will run at The Granville Isand Stage at 4 pm. In 90 minutes, you will hear about the "extraordinary lives of 20 ordinary women". This year will be the fourth staging of this event by Jenn Griffin and Marilyn Norry.  While some of the women that will perform have been part of previous events, others will be new.  Even if you have seen previous shows, each script is different as  playwright Jenn Griffin interweaves  20 life stories into a story that reaches out from countries as diverse as India, South Africa, Vietnam and England, and evokes memories of love, abandonment, hope and despair. It is impossible to hear the words without something resonating within your own heart.  You can buy tickets through VancouverTix.com . They are $23 dollars, reserved seating - and going fast.

Jenn and Marilyn share a moment of amusement over the script  As often happens, the end-result you will see on stage, represents the synergy of two talented women bringing together their individual concepts to make something that is more powerful than the sum of the individual ideas. Both Jenn and Marilyn set out to write the story of their mother but the impetus was different for each of them. Although I remembered a bit about the origins of this event from a brief chat after the first show I saw, and I learned more from My Mothers Story  web site,  I wanted to dig a bit deeper and so I invited Marilyn  and Jenn over  for a casual chat.

For Marilyn, this journey began at a wedding. Moved by hearing a woman tell the story of her mother in a simple 5 minute speech she wondered how she  in turn would tell the story of her own mother's life. Once she wrote her first story, focusing only on the biographical facts about her mother and what resulted, keeping  her own emotions, her father and the chronological and geographical influences out of the tale, she experienced a sense of liberation from the "shadow of her mother's mythology";  free to not become her mother, as it is often suggested that we do.

Intrigued by this she sent out an email to female actors in Vancouver, inviting them  to submit  a 2000 word essay on the facts of their mother's lives  to be complied into a book and began a series of meetings to encourage them and  share the stories.

Meanwhile, Jenn was  writing a monologue in a playwriting course. She wanted to talk about her mother who was sent to work in post-War Germany where she encountered  "rubble women", rebuilding Germany from the shattered remnants of bombed buildings. But like these "rubble women" Jenn could not find "her voice." Hearing about Marilyn's project, Jenn became one of the original storytellers in Marilyn's group in 2005.

I was fascinated to hear what came next. I know Jenn as actor /playwright. I did not know that Jenn was also a slam poet and in 1997 represented Canada in a Slam Poetry Competition in Austin, Texas. An improv game that she participated in at that time, sparked an idea for the script that became the first experiment for My Mothers Story, staged at the Beaumont Theatre in 2005. There were twenty women actors and 45 people in the audience. In 2006 they moved the show to the Revue Stage. The audience has increased each year and this year the show will go on at the 450 seat Granville Island Stage.

Marilyn and Jenn bring complementary skills to the project. Jenn has the grand sweeeping vision for the script. Marilyn reminds her of the importance of small pieces.
Although it is women talking about other women, the show is not all sugar and spice.  The facts are told, honestly and bravely; sometimes they are brutal - mothers who were schizophrenic, alcoholic, depressed;  mothers who died when their  daughters were very young, mothers who gave their daughters up for adoption,  mothers who are negligent, mothers who are smothering. But there are stories of courage, of survival, of love and honour.  And the effects on the women who participate have been profound.

Marilyn is extending the opportunity to participate in her workshops to women outside the acting community, and I hope to join in.  In the meantime I encourage you to attend this year's show and bring your firends. I think you will find it as moving as I did.