As I read and researched aspects of healthy aging for my book, Growing Older Living Younger: The Science of Aging Gracefully and the Art of Retiring Comfortably, i amassed far more information than could be included in the book. In this blog, in no specific order, I will share incidents and related research that has helped or hindered me on my path of healthy aging or that I found of special interest. 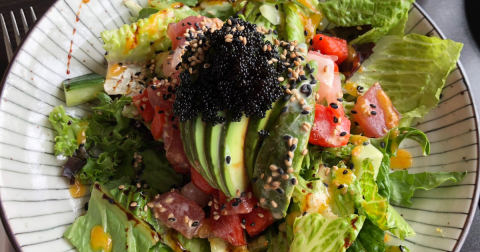 In Search of the best Poke in Vancouver

I first encountered a Poke Bowl on a trip to Hawaii several years ago. Poke means "slice" in Hawaiian. The essence of a poke bowl is slices of raw fish served over rice with a selection of vegetables and sauces. For those like me who don't eat rice, a bed of salad greens or kelp is an excellent substitute. 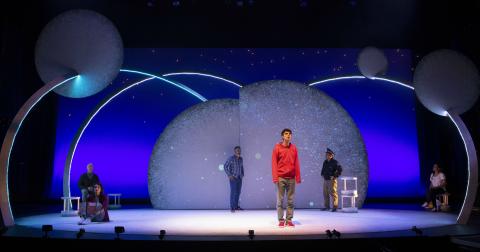 Vancouver: BC. Two years ago I was in New York for a week with my family to hear my granddaughter sing with a youth choir in a program at Carnegie Hall. While they were occupied with rehearsals, I took the opportunity to see a matinee performance of The Curious Incident of the Dog in the Night-Time. Based on Mark Haddon’s extraordinary book, it tells of a singular coming of age event in the life of Christopher Boone,  a young autistic boy.   I remember being blown away by the acting, the extraordinary athleticism of the choreography and by the stunning technicality of that production, telling my kids that this was among the best theatre productions that I had ever seen. But now, two years later what I chiefly remember of the Broadway production is the manifestation of a sensory overloaded mind created by the staccato lighting and videography effects on the black cube set.