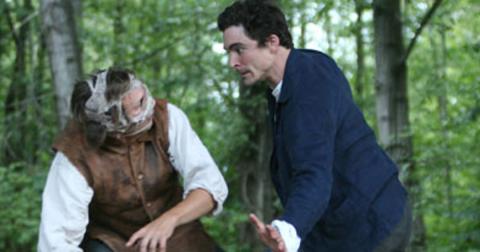 Vancouver, BC: Viewed from the sandy, stone-strewn ground below the Burrard Street Bridge, the weathered concrete columns and supporting arches of the 75 year old bridge look as ancient as Notre Dame de Paris, the Gothic cathedral around which Victor Hugo centered his novel. The rumble of cars crossing overhead, punctuated by the occasional roar of motorbikes, did not suppress the excited buzz of the crowd, waiting for the start of Boca del Lupo's latest outdoor, roving spectacular, Quasimodo.